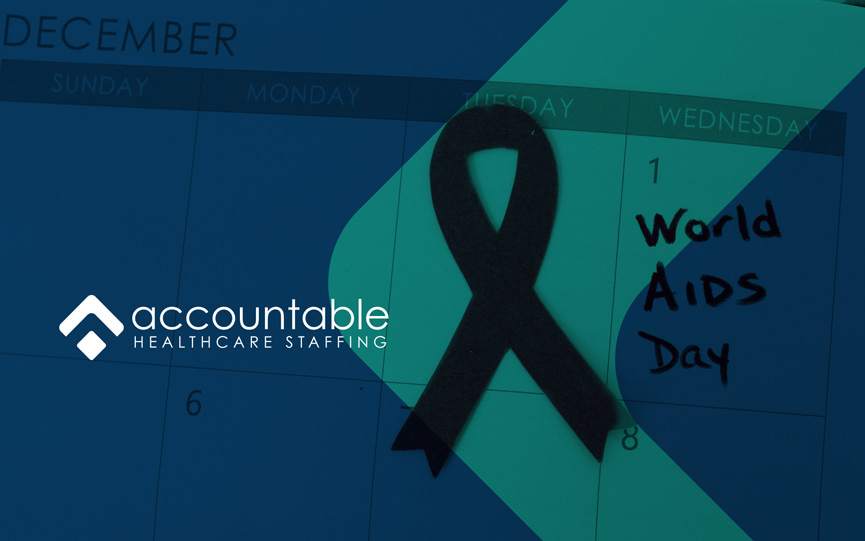 Wednesday marks World AIDS Day, a global event observed on December 1 every year calling people to unite in the fight against HIV (human immunodeficiency virus), which can lead to AIDS (acquired immunodeficiency syndrome).

It is a day of showing support for those living with HIV and commemorating others who have died from HIV-related illness.

What Is HIV and AIDS?

HIV is a virus that attacks the immune system of the body. If left untreated, it can cause AIDS, a life-threatening condition that marks the most severe phase of HIV infection.

Those with AIDS have extremely damaged immune systems, which sees them suffer an increasing number of severe illnesses. Without treatment, AIDS patients usually survive about three years, the U.S. Centers for Disease Control and Prevention (CDC) explains.

There is currently no effective cure for HIV but it can be kept under control with proper medical care. Those who can get effective HIV treatment can live long, healthy lives, the CDC says.

World AIDS Day marked the first global health day when it was founded back in 1988.

The day is observed to raise awareness about the condition, the stigma around it and information on prevention and treatment, as well as to reflect on the global response to the epidemic and what more needs to be done.

This year marks 40 years since the first five cases of AIDS were reported. On June 5, 1981, the CDC published its first report of five previously healthy gay men in Los Angeles who were diagnosed with what would later become known as AIDS.

By the end of 1981, a total of 337 cases of individuals with severe immune deficiency were reported in the country.

In July 1981, The New York Times published an article titled “Rare Cancer Seen in 41 Homosexuals,” and at this point, the term “gay cancer” entered the public lexicon, according to the CDC.

In 1990, a teenager named Ryan White died after being diagnosed with AIDS following a blood transfusion. He faced AIDS-related discrimination in his community in Indiana when he tried to return to school following his diagnosis.

Each year, World AIDS Day is centered around a different theme. The theme has been chosen by the Global Steering Committee of the World AIDS Campaign (WAC) since 2008.

The latest theme underscores the Joe Biden administration’s “strong commitment to ending the HIV epidemic globally by addressing health inequities and ensuring the voices of people with HIV are central in all our work,” according to a statement in November on HIV.gov, an official government website managed by the U.S. Department of Health and Human Services.

The 2021 theme highlights the government’s commitment to address “individual, community, and structural factors and inequities that drive the HIV epidemic” and to help those most in need of support.

“This includes through concerted efforts to reach key affected populations, such as gay, bisexual, and other men who have sex with men; racial and ethnic minorities, especially Black/African Americans and Hispanics/Latinos; cisgender and transgender women and girls; the LGBTQI+ community; those who use drugs; and other marginalized populations,” the statement said.

The theme for World AIDS Day 2020 in the U.S. was “Resilience and Impact” (noting the additional challenges brought on by the COVID-19 pandemic), while in 2019 it was “Community by Community” (as a reminder that “all epidemics are local” and communities must respond together to stop the epidemic in its tracks).

HIV remains a “major global public health issue,” having claimed the lives of over 36 million people to date, according to a statement Tuesday from the World Health Organization. This includes 700,000 Americans.

According to the CDC, at the end of 2019, the most recent year for which the information is available, an estimated 1,189,700 people in the U.S. were reported to have HIV.

In a statement Monday, UNAIDS warned that the world could face 7.7 million AIDS-related deaths over the next 10 years if leaders fail to tackle inequalities and take the “transformative measures needed to end AIDS.”

UNAIDS executive director Winnie Byanyima stated: “Progress against the AIDS pandemic, which was already off track, is now under even greater strain as the COVID-19 crisis continues to rage, disrupting HIV prevention and treatment services, schooling, violence-prevention programmes and more.”

Byanyima added efforts must be made to simultaneously end AIDS while “preparing for the pandemics of tomorrow.”

The Renewed Fight Against HIV/AIDS

This week the Biden administration will release an updated National HIV/AIDS Strategy to reduce health inequities in new diagnoses as well as to improve access to comprehensive, evidence-based HIV-prevention tools, the president said in a statement Tuesday ahead of World AIDS Day.

The president’s budget request includes $670 million to support the “Ending the HIV Epidemic in the U.S. Initiative” of the U.S. Department of Health and Human Services to reduce HIV diagnoses and AIDS-related deaths.

The administration is committed to the global effort to end the AIDS epidemic as a public health threat by 2030.

The past 18 years have seen “remarkable progress,” with more than 21 million lives having been saved through the U.S. President’s Emergency Plan for AIDS Relief (PEPFAR), and millions of HIV infections having been prevented. PEPFAR has helped at least 20 countries worldwide to reach epidemic control of HIV or achieve their HIV treatment targets.

The Biden administration is setting a vision for “sustained epidemic control of HIV” by supporting equitable health services and solutions as well as helping to improve health for all PEPFAR-supported countries.

It will also work with the Global Fund to Fight AIDS, Tuberculosis and Malaria, UNAIDS, and other partners to work toward ending the HIV epidemic everywhere, Biden stated Tuesday.