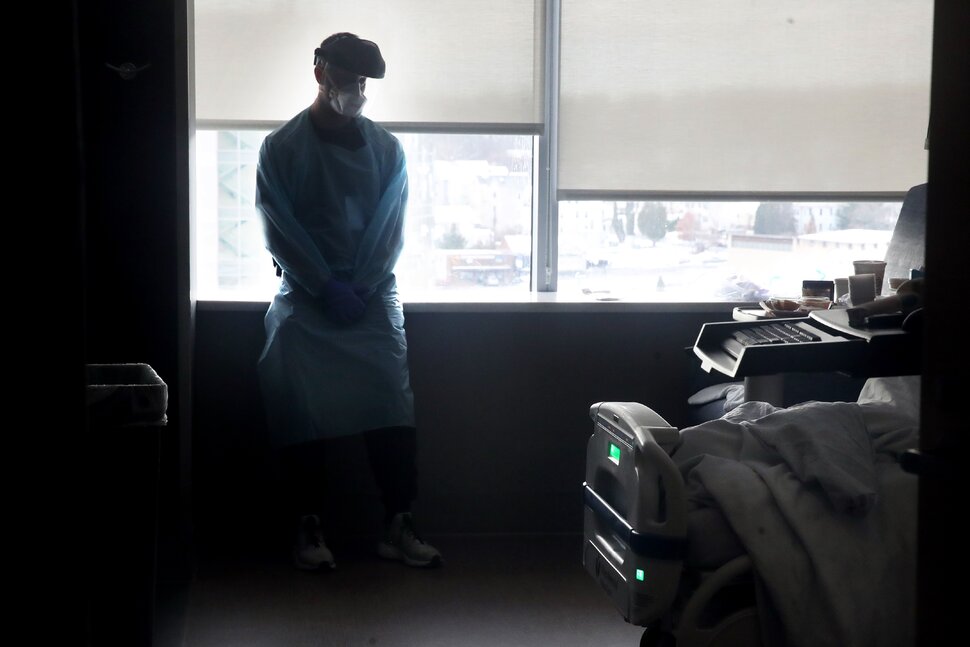 Hospital leaders are sounding the alarm as health systems face an exodus of exhausted and demoralized doctors, nurses and other front-line workers.

The pandemic has driven burnout among health care workers to crisis levels, driving many stakeholders to call for systemic solutions to retain critical personnel while preparing a new generation to take the field.

In a recent webinar hosted by U.S. News & World Report, top health care leaders detailed the serious threat that burnout presents to the resiliency of hospitals and health systems. Across the nation, front-line workers have been challenged by ever-higher levels of stress caused by systemic changes to care delivery and exacerbated by COVID-19.

Before the pandemic, physicians were at twice the risk for burnout compared to the general population, and about 40% of those surveyed reported depression and suicidal ideation, said Dr. Victor Dzau, president of the National Academy of Medicine, during the webinar. Increases in patient volume, the demands of making health care more businesslike, the pressure of meeting more regulations and requirements and other factors have left providers feeling overwhelmed and with less time to spend one-on-one with patients, panelists noted.

The situation has deteriorated further since the start of the pandemic with some 60% to 75% of clinicians reporting symptoms of exhaustion, depression, sleep disorders and PTSD, Dzau said, while nurses are equally if not more stressed. About 20% of health care workers have quit during this period, he said, and 4 out of 5 of those who remain say that staff shortages have affected their ability to work safely and to satisfy patient needs. Research estimates that burnout cost the health care system about $4.6 billion a year before the spread of COVID-19, Dzau said, and that number has surely risen since then.

“We knew we were in trouble pre-COVID,” said Dr. Redonda Miller, president of Johns Hopkins Hospital, noting that while all segments of the workforce are stressed, the causes vary depending on each individual’s role. For example, during the pandemic, physicians were working longer hours and in different capacities than they were used to, forcing them to spend more time away from their families; nurses faced extended shifts, which could include working 24 hours a day in uncomfortable personal protective equipment and worrying about being exposed to COVID-19 themselves. Many lower-wage workers in food service, environmental care and other jobs have faced severe financial pressures as their partners have lost jobs or their need for child care increased. Solutions are needed, Miller said, “that really hit every different type of worker in the hospital.”

Underlying these on-the-ground stressors is “moral injury,” noted Dr. Robert Cherry, chief medical and quality officer for UCLA Health. Before the pandemic, physicians were grappling with the concerns of an aging population, higher incidences of chronic conditions like diabetes and mental illness, and managing medications and medical equipment for more complex health issues and more. Many also now face lower reimbursement rates while trying to contain the cost of care.

Juggling these complex tasks is challenging, particularly when other staffing shortages are added, Cherry said. Now, as many Americans suggest that they have lost confidence in health professionals and scientists, many physicians are reporting feeling isolated, lonely and disconnected to their belief in the value of their work, another contributor to burnout, he said.

Nowhere do these dynamics show up so starkly as in the ballooning nursing shortage. The nation will need an additional 1.2 million nurses by next year to meet the growing demand for their services and to replace those leaving, said Dr. Ernest Grant, president of the American Nurses Association. The problem is so acute that Grant recently wrote to U.S. Health and Human Services Secretary Xavier Becerra, asking him to declare the nursing shortage a “national crisis” and calling for federal help. “This is something we can’t solve on our own,” Grant said during the webinar.

Dzau stressed the need for health care leaders to focus on “the long game” in dealing with this crisis now and well after the pandemic is over. “All health systems need to invest in preventive strategies and making system-level change,” he said. He also called for hospitals and health systems to create chief wellness officers to oversee the well-being of all hospital staffers and to reduce demands on physicians, such as dealing with difficult technology, especially electronic health records systems, so that they can focus on caring for patients. He emphasized that these front-line workers must also feel safe in speaking out about their mental well-being without fear of being stigmatized.

Miller said that within hospitals and health systems working collaboratively has been crucial during the pandemic to fend off burnout. Asking staff what they needed was “so important” to learn what was working and what was not. “Some of the best ideas we heard came from internally,” she said. For example, workers were concerned about using PPE correctly and safely, so patient safety officers and infection control experts trained staff and acted as “hall monitors” to ensure better infection control. “That was wildly successful,” she said.

Also, the hospital developed a “prone team” of experts who could help turn patients on ventilators safely onto their stomachs, where outcomes were better.

An added benefit of collaboration was better morale. Staff “want to know that their voice is heard,” she said. A campaign called “Your Ideas at Work” helped hospital personnel contribute suggestions and be celebrated for those that were implemented. That helped ameliorate some feelings of burnout, Miller said. “It’s not the sole answer – I know that – but it helps.”

Cherry agreed that it is “critical” for staff to have their voices heard – for example, by following the Magnet model of nursing management, which more directly values nurses’ contributions. Paying attention to physician surveys is also critical, he noted, as is addressing specific comments from doctors. Local decision-making “is where you get some of the exponential returns,” he said.

Grant, as president of the ANA and himself a nurse, further supported the Magnet concept and for nurses to be recognized more generally as “drivers of change.” On the macro level, well-being should be part of a strategic plan, not a “reactive response,” he said, with money and ways of measuring it committed to that plan.

Grant recommended having C-suite executives “go to the floors” and visit workers to assess problem areas. He also suggested “stay interviews,” asking people why they remain at the workplace and what has them thinking about leaving. “It’s a great way to really show that person that ‘I value what you have to say; you are a part of the family,'” he said. Grant also touted free resources, like the ANA’s “Healthy Nurse, Healthy Nation” program, for financially strapped institutions looking for ways to address nursing staff well-being.

The panelists acknowledged that leaders are feeling high levels of stress as well. Cherry noted the need to be available 24/7, with no time to “disconnect.” He said that health systems need to be aware of that and become more “purposeful” in supporting leadership. The good news, Cherry said, was that during the pandemic “the communication between everyone has improved greatly. We figured out how to get the messages out in terms of the information that people need every day to get their work done.” That has helped staff feel more confident in leadership, he said, and in turn, “we feel more rewarded and inspired as well because people are feeling more anchored to us as well. So, there is a silver lining to all of this.”

Miller added that leaders need to focus on two things: presence and positivity. Presence is more than just walking the halls, she noted. Her leadership group actually worked food lines and helped staffers transport patients, “living in their shoes” to understand their problems and to ask the right questions. Despite the relentless challenges, “at the end of the day, the leader has to be the one that shows the way forward and has some element of positivity that we will get through this,” she said.

Dzau agreed, while stressing the need for leaders to work together nationally to push for systemic change, for example, pressing EHR vendors to create better products. “Only your voice is so strong to make these system-level changes,” he said to his fellow panelists.

Dzau also referred to an op-ed he wrote earlier this year for the Los Angeles Times, in which he called for a nationwide strategy to address, track and measure health care burnout and to support workers experiencing it. He suggested that Congress should play a role similar to that after the 9/11 attacks, by providing long-term support to front-line health care personnel. “Our people deserve the same,” he said. Without a long-term national commitment, the industry will “continue fighting the war foxhole by foxhole.”

The panelists touched on other factors contributing to health care stress: insurance coverage denials; barriers to entry into health care fields such as lengthy and costly training, debt, technology, workflows and more. They all agreed with Grant’s observation that “the next pandemic is right around the corner, and if we don’t make corrections now, we’re bound to repeat the same mistakes.” He noted an ANA survey of nearly 10,000 nurses that revealed about 25% of respondents said they plan to leave their job in six months, and another 30% said they were thinking about leaving because of work stress. “There’s not going to be any health or health care system if this continues,” Grant said. “It’s going to implode upon itself. And then where are we at?” The care that patients expect is “not going to be there.”

Dzau closed the session by renewing his call to arms to his fellow leaders to bring their authoritative voices to bear to collectively drive the changes needed to restore the resiliency of the health care system at every level. “The moment is now, because the public is seeing this; the public knows this is a problem.” This is not the first stressful time in health care by any means, Dzau noted, expressing his confidence that the challenges can be overcome. “Let’s just look at the long game,” he said. “Let’s come together and solve the problem.”

Story originally posted on US News.