The Most Influential Women In Medicine: From The Past To The Present 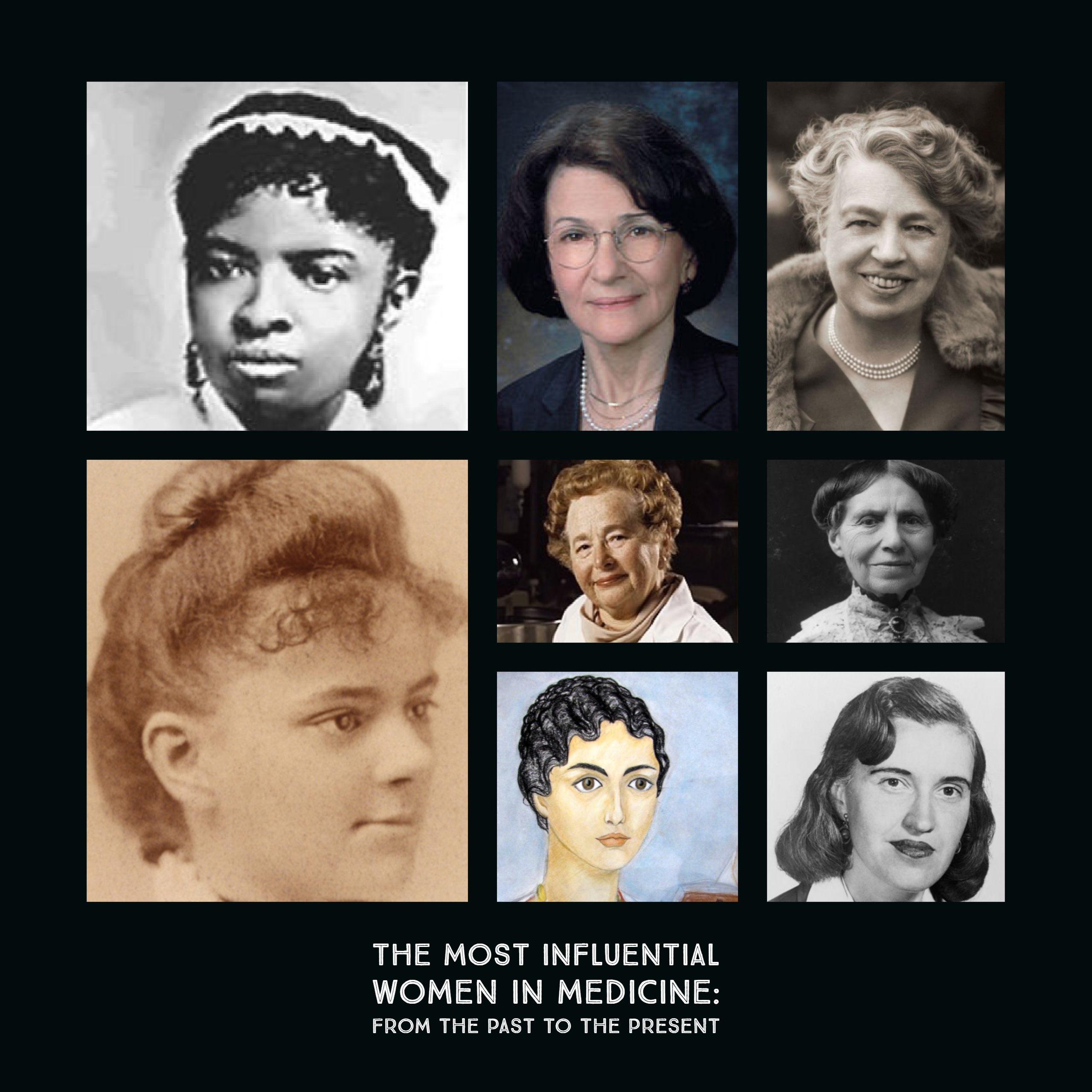 Despite the difficulties they faced in making their way in the worlds of science and technology, women have proven themselves to be enormous contributors to medicine throughout history. Today, half of all medical school graduates are female, and women occupy roles as doctors and researchers at top-notch universities as well as the federal government, though they still have some way to go.

Whether they were policymakers or brilliant geneticists; compassionate doctors or stalwart political activists opposing abortion laws, women have shaped the face of medicine, and often did it without recognition. In celebration of Women’s History month, below are some examples of a fraction of the most influential women in medicine throughout history, and particularly modern medicine.

Metrodora
If we’re going to go way back, we have to start with Metrodora, who was a Greek physician sometime around 200-400 CE. She was the author of the oldest medical book known to be written by a woman, On the Diseases and Cures of Women. The book was referenced frequently by other medical writers during the ancient Greek and Roman times, and was used in Medieval Europe as well. Metrodora is known to be the first female medical writer and was influenced by the works of Hippocrates, a major Greek physician (460-370 BC).

Elizabeth Blackwell
The very first woman doctor in the U.S. was Elizabeth Blackwell, who graduated from New York’s Geneva Medical College in January 1849, and also co-founded the New York Infirmary for Women and Children. According to her bio on the National Institutes of Health website, Blackwell initially worked as a teacher and was repulsed by the idea of medicine: she “hated everything connected with the body, and could not bear the sight of a medical book,” she said. “My favourite studies were history and metaphysics, and the very thought of dwelling on the physical structure of the body and its various ailments filled me with disgust.” However, when a dying friend told her she would have been spared her worst suffering if her physician had been a woman, Blackwell decided to go into medicine.

Rebecca Lee Crumpler
The first African-American doctor, meanwhile, earned her medical degree from what is now known as Boston University in 1864. She practiced in Boston for a while, before moving to Richmond, Va., in the post-Civil War period, where she cared for freed slaves who did not have access to medical care. She was one of the first African-Americans to publish a medical book, Book of Medical Discourses.

Clara Barton
Perhaps one of the more well-known American women in the medical world was Clara Barton. Barton, born in 1821, founded the American Red Cross in 1881 after caring for soldiers during the Civil War. After appearing at a field hospital during the Civil War with loads of supplies, the surgeon on duty wrote, “I thought that night if heaven ever sent out a[n] … angel, she must be one — her assistance was so timely.”

Gertrude Belle Elion
Gertrude Belle Elion’s greatest contributions to the field of medicine as a chemist was most likely Purinethol, the first major drug used to fight leukemia. She was inspired to become a chemist after her grandfather died from cancer, and worked to find its cure, ultimately developing 45 treatments helping the immune system fight cancer. In 1988, Elion won the Nobel Prize for Medicine.

Pat Goldman-Rakic
A neuroscientist, Goldman-Rakic has contributed significantly to the study of the brain, and diseases like Alzheimer’s and Parkinson’s. She was the first scientist to fully chart the frontal lobe of the brain. She also studied memory cells in the prefrontal cortex, and in 1970 found that the loss of dopamine in the prefrontal lobe led to loss of memory.

Eleanor Roosevelt
She wasn’t a doctor, but Eleanor Roosevelt had a significant impact on health care in the U.S. and around the world — all while revolutionizing the role of First Wife from that of a social organizer and hostess, to an influential public figure and policy maker. Roosevelt was appointed as head of the UN Human Rights Commission in 1948, where she helped write the Universal Declaration of Human Rights, a “standard” to which all nations are encouraged to aspire. She believed that all people deserved access to health care, as a fundamental right.

Rosalyn Sussman Yalow
Rosalyn Yalow was a medical physicist and a Noble Prize winner in Physiology or Medicine after developing radioimmunoassay (RIA), which is a technique used to measure the concentration of antigens such as hormones, in the body. The technique made it possible to scan blood donations for infectious diseases, like HIV/AIDS or hepatitis. So if you ever have a blood transfusion, it’s a woman who you should be thanking.