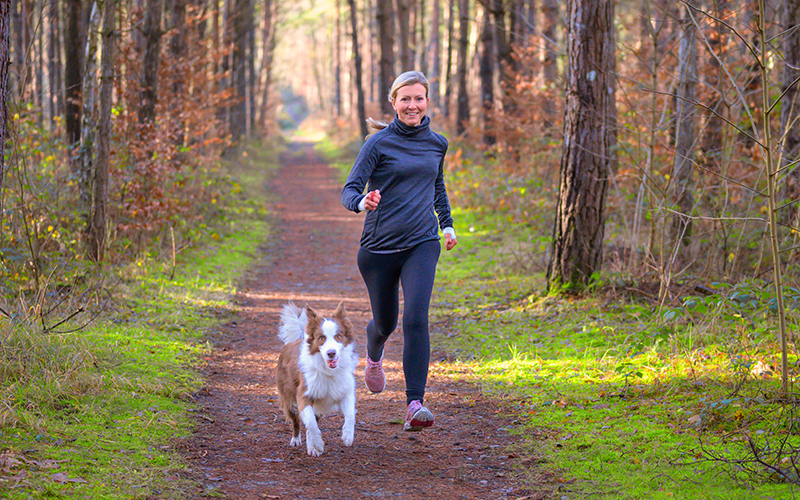 A new study has suggested that people who exercise in the morning between 8:00 a.m. and 10:00 a.m. may be less likely to develop cancers than those who exercise later in the day.

New research has suggested that people who exercise in the early morning may have a reduced risk of developing cancer than those who exercise later in the day.

The research, appearing in the International Journal of Cancer, may help inform future research into the timing of exercise as a potential way of reducing cancer risk.

Research has shown that doing recreational exercise can reduce a person’s risk of developing many different cancers.

This information is important because of the high numbers of people who develop cancer and the significant number who die of the disease. For example, in the United States, scientists estimate that by the end of 2020, 1,806,590 people will receive a diagnosis of cancer, while 606,520 people will die from the disease.

Given the large numbers of people who develop cancer, even a change as small as changing the time a person exercises could make a significant contribution to reducing the impact of cancer across a whole population.

As of 2018, 46.7% of adults in the U.S. did not meet the minimum aerobic physical activity guidelines. Increasing physical activity and optimizing when it is most effective might be a possible way of reducing the prevalence of cancer in society.

The International Agency for Research on Cancer have classified the level of evidence linking night shift work that disrupts a person’s circadian rhythm as “probably” carcinogenic to humans.

In particular, researchers have linked night shift work to an increased risk of breast cancer. The evidence for prostate cancer remains unclear.

To test this hypothesis, the researchers behind the present study analyzed the data from 2,795 participants. The participants were a subset of the Spanish multi case-control study (MCC-Spain), which set out to understand factors causing common cancers in Spain and how to prevent them.

From 2008–2013, researchers interviewed the participants to find out their lifetime recreational and household physical activity. An average of 3 years later, researchers assessed the timing of when people exercised.

The researchers looked in particular at the 781 women who had breast cancer and also responded to the questionnaire about their physical activity and 504 men who had prostate cancer and provided data about the timing of their exercise.

The researchers chose the controls in the MCC-Spain study randomly from general practice records. The researchers matched them to people in the study with cancer who were of the same sex and similar age. The controls in this study also responded to the follow-up questions about physical activity and its timings.

The researchers found that physical activity between 8:00 a.m. and 10:00 a.m. had the strongest potential beneficial effect at reducing breast and prostate cancer.

The researchers developed a model that showed that the odds of developing breast cancer were potentially 25% lower due to exercising in the morning compared with not exercising.

However, the statistical confidence of this estimate ranges from a 52% reduction to a 15% increase in risk.

The results show a similar picture for prostate cancer. The model predicted that those who exercised in the early morning had a 27% reduced chance of having prostate cancer than non-exercisers. However, the range went from a 56% reduction to a 20% increase.

People who exercised in the evening, between 7:00 p.m. and 11:00 p.m., had a 25% reduced risk for developing prostate cancer. However, as with the early morning findings, the evidence is not statistically significant.

The researchers suggest that any beneficial effects of early exercise for breast cancer risk may have links to estrogen. High estrogen levels have associations with an increased risk of breast cancer, and exercise can lower estrogen levels. Further, estrogen production is most active at around 7:00 a.m.

Melatonin may also be a factor. Researchers have shown that melatonin may protect against cancer risk and that exercise later in the day or at night can delay melatonin production.

As the researchers note, the study has limitations, and they could not detect the small effect that the timing of exercise might have with certainty.

However, the small size of the effect does not mean it is unimportant. Cancer is a prolific disease, and any small effects, when amplified across a population, can be important.

Other study problems include not recording all the information for all participants and not considering some confounding variables, such as diet and sleep patterns.

However, these were minor issues relative to the sample size, and the differences between the cases and controls in this study were small.

Nonetheless, the study clarifies the value of exploring the association between exercise time and cancer risk further.

For Dr. Manolis Kogevinas, Scientific Director of the Severo Ochoa Distinction at ISGlobal in Barcelona and the coordinator of the study, “[t]hese results, if confirmed, may improve current physical activity recommendations for cancer prevention. [What is] clear is that everyone can reduce their cancer risk simply by being moderately physically active for at least 150 minutes each week.”