So, What About Fomites and SARS-Cov-2? 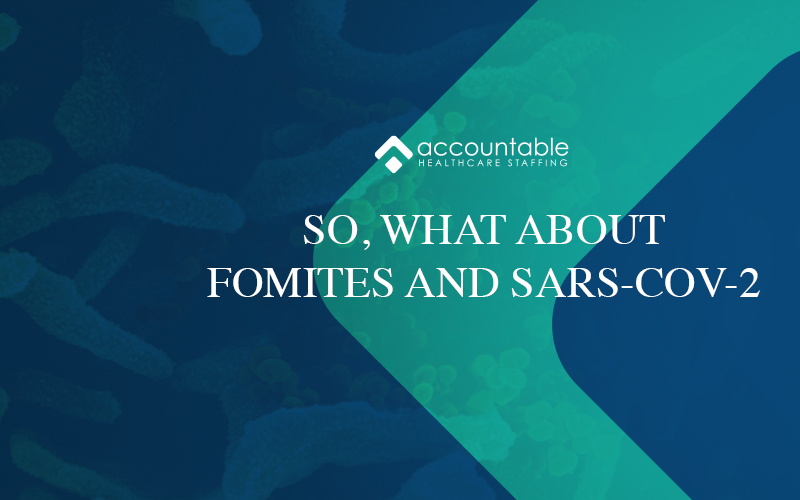 Prior to the pandemic, if you asked a layperson what “Fomites” are, they might have asked, “aren’t they tiny bugs that infest carpets or dusty bedding?” Or, “is that the number of mites you get when three mites invite another to join them for a snack?” Then, in spring 2020, we all started to cultivate our inner Detective Monk, wiping down our doorknobs, donning plastic gloves to check the mail, pressing elevator buttons with our elbows, and so on.

By mid-summer 2020, though, the WHO announced that “Despite consistent evidence as to SARS-CoV-2 contamination of surfaces and the survival of the virus on certain surfaces, there are no specific reports which have directly demonstrated fomite transmission.” And around the same time, Israeli researchers studied Covid transmissibility on surfaces in hospital isolation units and rooms at a quarantine hotel, and found that even when samples were positive for viral RNA, none of the viral material was actually able to infect cells.  Gradually, many of us stopped worrying about being infected by the latest electric bill.

Well, some of us still do worry about infectious mail and pizza deliveries. The messaging on fomites started to change last July, but scientists—as scientists will—say they have no evidence that you cannot contract SARS-CoV-2 from physical contact. As Nature noted last month, the CDC continues to state that “Frequent disinfection of surfaces and objects touched by multiple people is important.” Thus, many stores still refuse to accept returns or exchanges during the pandemic, and big-city transportation systems are burning through hundreds of millions of dollars on nightly disinfections of trains and buses.

All of this fomite-scrubbing is a good thing, regardless, right? The NYC subways haven’t been this clean since they opened in 1904! And many surfaces ARE germ-magnets. Still, the chances of an adult picking up a virus from a surface are very low (especially among adults who have matured enough to stop putting their fingers in their mouths or picking up strange objects and licking them). After a look at one of the myriads of studies testing microscopic ick levels in the Big Apple, Wired magazine observed, “While some of the microbes were pathogenic—including traces of anthrax and the Bubonic plague, which, believe or not, were harmless—straphangers have nothing to worry about.”

On an individual level, how we respond to “what if” fomite fears is a matter of choice and mental wellbeing. If worries over surfaces are making someone even more fearful, it might help to show them the latest research. As a December 2020 Washington Post op-ed put it, “Much of this is hygiene theater. If the enhanced cleaning was keeping people safe, we’d be all for it. But it’s not, according to a study comparing different interventions across countries. This money and time is better spent elsewhere.”

The growing body of evidence points to four things that we really must do to protect ourselves and others from Covid: practicing good hand hygiene, masking, distancing, and getting vaccinated. If fomite anxiety is driving some of us to sterilize our homes, though, there is no harm in becoming a better housekeeper!