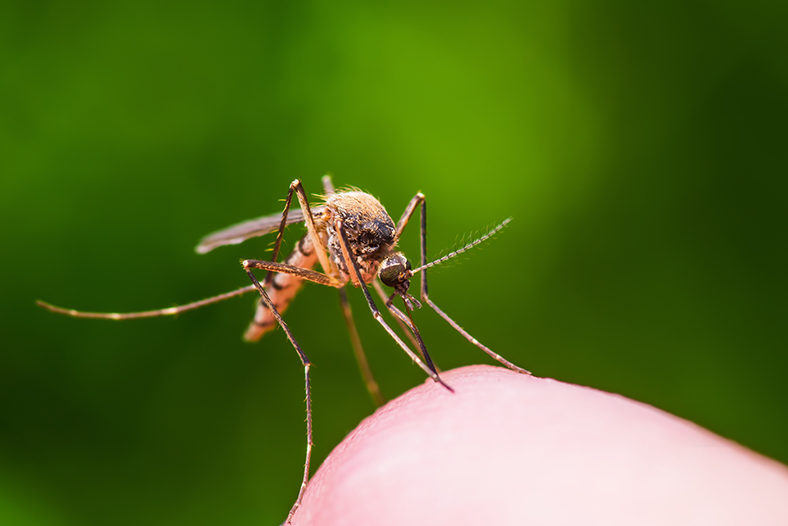 A rare mosquito-borne virus has sickened an unusually high number of people and led to 9 deaths. Writer Don Rauf of Everyday Health reports on this deadly virus.

So far this year, seven states have identified a total of at least 29 cases of eastern equine encephalitis (EEE) in humans, according to public health departments in Massachusetts, Michigan, New Jersey, Rhode Island, Connecticut, North Carolina, and Tennessee.

The sickness occurs infrequently among people, but it can cause a brain infection that is often lethal. The Centers for Disease Control and Prevention (CDC) estimates that about 30 percent of those who contract EEE die, and many of those who survive suffer from chronic neurological problems.

The Center for Food Security and Public Health at the Iowa State University of Science and Technology calculates that between 1964 and 2010, there were six cases a year on average with one to two deaths annually.

“We don’t expect this to be an epidemic, but the higher than usual number of cases and the severity of the virus has raised public concern,” says William Schaffner, MD, an infectious disease specialist and a professor of preventive medicine and health policy at the Vanderbilt University School of Medicine in Nashville, Tennessee.

What Is EEE and How Is It Spread?

Sometimes called triple E or sleeping sickness, eastern equine encephalitis is a type of arboviral disease, meaning the virus is spread to humans by the bite of an insect — in this case a mosquito.

The disease is commonly maintained in birds. Mosquitoes then can transmit it from birds to humans or horses, for example. The virus was first recognized in horses in 1831 in the northeastern United States, according to the American Association of Blood Banks. Scientists recognized it in humans in 1938, following a widespread outbreak in children that resulted in 30 cases of fatal encephalitis (an inflammation of the brain usually caused by a viral infection).

“On the good news side, the virus is still relatively rare, and a very, very small proportion of mosquitoes are actually infected,” says Stephen Rich, PhD, a professor of microbiology at the University of Massachusetts in Amherst and an expert in zoonotic diseases (those that originate or are maintained in natural animal populations but occasionally affect human populations). “That’s not to say don’t worry about it, but do not let this rule your life.”

This disease also cannot be spread from person to person, unlike viruses like the flu.

What Are the Symptoms?

A person will experience signs of illness usually 4 to 10 days after being bitten by the infected mosquito, according to the CDC.

The illness can produce fever, headache, irritability, restlessness, drowsiness, anorexia, vomiting, and diarrhea. The CDC notes that in many cases, the symptoms last one to two weeks.

“In milder cases, the illness may be self-resolving as your body fights it off,” says Dr. Rich.

Dr. Schaffner emphasizes that the virus can be “very nasty,” and there is no cure or specific treatment that will get rid of the disease.

“Once you get bit, the virus has an attraction to the central nervous system, in particular the brain,” he says. “When it finds its way there, it begins to destroy the cells of the brain.”

The disease can produce a progressive stupor that leads to a coma. A patient may suffer from convulsions and general muscular spasms.

“Symptoms can present abruptly and put people into intensive care where they can receive intravenous fluids, proper nutrition, and treatment for any convulsions, as their body fights off the infection,” says Schaffner.

He stresses that the fatality rate is high, and even people who recover may be left with disabilities because brain cells are destroyed by the virus.

An article in The Washington Post illustrated how fast and devastating EEE may be. After contracting the virus, a Michigan man reportedly went from being perfectly healthy to brain dead in just nine days.

Why Is the Disease Rate Higher This Year?

Although no one reason has been ascribed to the uptick in illness this year, Rich speculates that a larger mosquito population may have contributed.

Richard Pollack, PhD, the senior environmental public health officer at Harvard University, adds that possible contributing factors may include a new strain of virus that could be stronger and more readily transmitted, changes in climate that may have enhanced mosquito abundance and longevity, or changes in the landscape that may have enhanced habitats for mosquitoes, such as higher water tables in white cedar swamps or in cattail wetlands.

How Can People Protect Themselves?

Because mosquitoes often breed in standing, stagnant fresh water, Rich suggests that people empty out any planters, old tires, or other receptacles that may be holding water.

In areas where infected mosquitoes have been detected, residents are advised to wear long-sleeved shirts and pants, as well as mosquito repellent with the active ingredient deet. Rich recommends the insecticide permethrin because, he says, it kills mosquitoes whereas deet simply repels them.

Individuals may also want to avoid going out at dawn and dusk when mosquitoes tend to be more active.

“In Massachusetts and Rhode Island, we are seeing some schools closing down evening activities like football games because many people do not want to run the risk of getting bit by mosquitoes,” says Rich.

“These pesticides have pretty good safety profiles, and they’re usually sprayed in off hours when people are less likely to be outside,” says Rich.

Dr. Pollack also urges residents to get involved with local efforts to help control the disease.

“Contact your local board or department of health and your regional mosquito control abatement district to discuss what you can do to help them, and to learn what you and they might do to reduce your risks,” he says.

Rich adds that a cold snap in the weather would also help. “When a good hard frost comes, that’s the end of the season and you won’t worry about mosquitoes again until the spring,” he says.