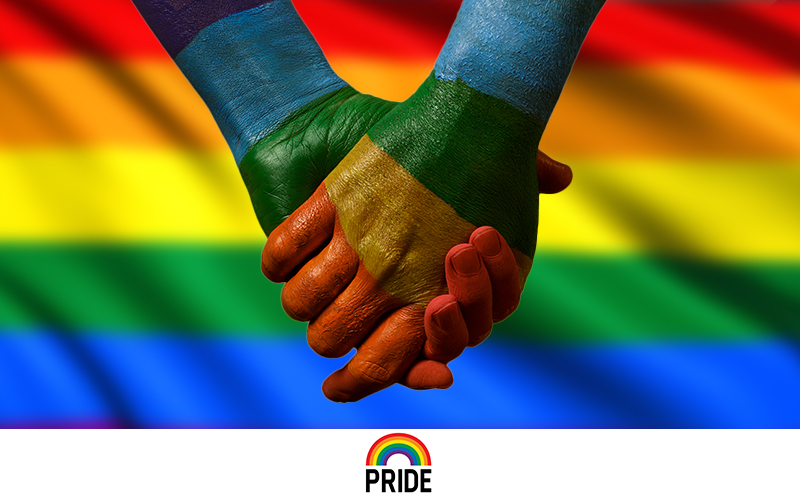 Pride Month is celebrated every June as a tribute to those who were involved in the Stonewall Riots. We’re getting ready to dust off our rainbow flags, douse ourselves in glitter, and go join in the fun. With parades, festivals, and concerts going on across the globe, there’s always some way for you to get involved — as well as learn some important social history along the way.

As a sub-holiday during Pride Month, Pride Day is celebrated on June 28. The day marks the date in history when the first pride march was held in New York City in 1970. However, different communities celebrate Pride Day on different days throughout June.

On a hot summer’s night in New York on June 28, 1969, police raided the Stonewall Inn, a gay club in Greenwich Village, which resulted in bar patrons, staff, and neighborhood residents rioting onto Christopher Street outside. Among the many leaders of the riots was a black, trans, bisexual woman, Marsha P. Johnson, leading the movement to continue over six days with protests and clashes. The message was clear — protestors demanded the establishment of places where LGBT+ people could go and be open about their sexual orientation without fear of arrest.

Pride Month is largely credited as being started by bisexual activist Brenda Howard. Known as ‘The Mother of Pride,’ Brenda organized Gay Pride Week and the Christopher Street Liberation Day Parade a year after the Stonewall Riots. This eventually morphed into what we now know as the New York City Pride March and was the catalyst for the formation of similar parades and marches across the world.

Speaking of the rainbow flag, it was actually gay politician Harvey Milk who asked a talented designer friend, Gilbert Baker, to design an all-encompassing symbol to take to San Francisco’s Pride March in 1978. Sadly, Harvey Milk was assassinated along with Mayor George Moscone on November 23, 1978, in San Francisco City Hall by Dan White, a disgruntled former supervisor who was angry at Milk for lobbying against having him reappointed on the Board of Supervisors.

Bill Clinton was the first U.S. President to officially recognize Pride Month in 1999 and 2000. Then, from 2009 to 2016, Barack Obama declared June LGBT Pride Month. In May 2019, Donald Trump recognized Pride Month with a tweet announcing that his administration had launched a global campaign to decriminalize homosexuality, although critics have noted that actions speak louder than words.

The New York Pride Parade is one of the largest and most well-known parades to take place, with over 2 million people estimated to have taken part in 2019.

Pride Month is for everyone to embrace who they are and let the world know — in style! The rainbow aptly signifies the colorful activities and flavors of this month-long celebration. These include massive rallies, pride parades, parties, workshops, concerts, and countless more LGBTQ+ events to attract participants from all over. The Pride community takes huge pride in their movement, going all out for the festivities with elaborate costumes, makeup, and, of course, glitter — so that they sparkle for the whole world to see!

Commemorations and memorials are also held for members of the community who have lost their lives to hate crimes and HIV/AIDS. Campaigns and rallies aim to promote and preserve the history and well-being of the lesbian, gay, bisexual, and transgender community.

PRIDE MONTH BY THE NUMBERS

1 in 8 – the number of LGBTQ people who have experienced unequal treatment from healthcare staff.

46% – the percentage of lesbian, gay, and bisexual people who are open about their sexual orientation with their family.

4.1% – the estimated percentage of women who identify as LGBT.

350,000 – the number of people in the LGBTQ community that are transgender women.

1 in 5 – the number of LGBTQ women living in poverty.

43% – the percentage of LGBTQ employees who haven’t revealed their orientation at work.

50% – the percentage of LGBTQ workers who recently got federal protection from discrimination.

10% – the amount of time LGBT workers spend hiding their identities.

Pride Day is celebrated on June 28 every year, falling during Pride Month.

What is Canada’s Pride Day?

Pride Toronto is an annual event held in Toronto, Ontario, Canada, in June each year.

Is Pride Month celebrated in India?

The LGBTQ+ culture is thriving in India and, despite the conservative atmosphere, Indians participate in Pride Day parades and celebrations during Pride Month.

HOW TO CELEBRATE PRIDE MONTH 2021

5 WAYS PRIDE DAY IS CELEBRATED AROUND THE WORLD

WHY WE LOVE PRIDE MONTH