Nurses on Tiktok Use Their Creativity to Entertain and Educate 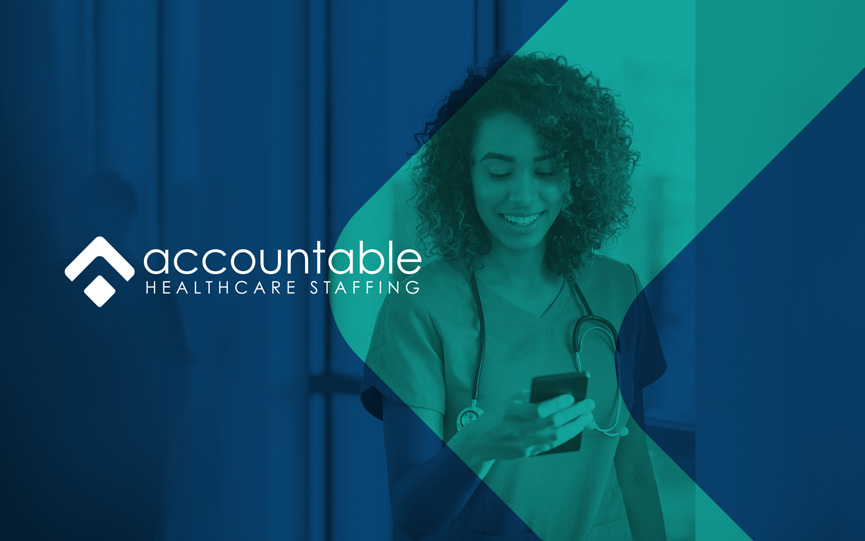 Nurses across the country are among millions of users posting short, expressive videos on the social media platform TikTok.

Nurses sometimes use Tiktok as a vehicle to take a lighthearted look at the reality of what they do, which can sometimes raise concerns about nursing professionalism and safety.

One such instance involves an Oregon nurse who reportedly posted a video on TikTok about not wearing a mask while in public, during the height of the pandemic in 2020. The incident severely impacted the nurse’s career.

Additionally, the social media platform has come under scrutiny for its data collection and sharing practices, and the issue has landed them in court on more than one occasion. To be fair, TikTok is not the only media platform to come under such scrutiny and probably won’t be the last.

Good or bad, the reality is that nurses are using the app, which has more than 1 billion users worldwide.

“It’s no surprise that nurses are taking to platforms like TikTok where they can educate the public. It’s one of the things we’re most passionate about but rarely have time to do at the bedside,” said Cara Lunsford, RN, Founder and CEO of HOLLIBLU and Vice President of Community at Relias. “As one of the most trusted professions, it’s important for us to remember the weight that our words carry and the responsibility we have when taking to these social platforms.”

Generation Z and millennial nurses told Nurse.com that the posts help to relieve job stress, educate people about what they do, and are just plain fun to create and view. But Generation X and Baby Boomers are also active on the platform, possibly more of them than you might think. Here’s the breakdown by age of U.S.-based users according to a Wallaroo article:

The platform can be used by anyone with a cell phone, of course, but TikTokers who consistently post videos that appeal to a specific, engaged target audience will grow their audiences faster. And some of those popular TikTokers are nurses.

We talked to nurses who find TikTok a great way to connect and be heard.

A school nurse with TikTok skills

In her videos, Sonnenberg, aka Nurse Tara, shares funny stories about students with her 1.3 million+ followers. She also delves into medical treatment dos and don’ts, such as not attempting to burn off leeches (yes, people still attempt that method).

One thing she appreciates about the TikTok platform is the wide reach — being able to educate students from around the world. “I make videos based on what I see in my comments, and if I’m able to change or impact at least one student that day — that’s truly the best part,” she said.

Sonnenberg added that when students ask about her presence on social media, that’s her opportunity to create a teachable moment. “I always mention that social media has its pros and cons but also can have its dangers too — danger to mental health and safety especially,” she said.

She encourages students to use social media in moderation, but never share their personal information with anyone they don’t know.

Andrew Rattay, BSN, RN, whose videos can be found under the handle @nurse_andy, has been posting on TikTok since September 2019 and has more than 126,000 followers (more than twice the followers he had in 2020), many of whom he said are nurses and CNAs.

“I’m trying with my content to relieve a lot of the stress from the nursing community and create a funny content base for nurses and healthcare providers,” said Rattay. “Whenever they’re on their little breaks, they can scroll through TikTok, see something relatable, laugh about it, and then sort of be inspired to go back to work feeling refreshed.”

Nurses seem to flock to TikTok, according to Rattay, and whether they’re posting controversial content or not, it’s still somewhat relatable and makes other nurses feel a sense of community. For instance, in one video post, Rattay is starting an IV for another nurse who asked for help. He gets the IV started and tries to be humble but is practically bursting with pride.

In another post, Rattay asks the pertinent question, “Why aren’t EKG leads wireless?” He answers, quite hilariously, his own question.

Still, Rattay has set his own boundaries about what to post and what not to post. Walking the fine line between being relatable and being professional isn’t always easy, he said.

“I know potentially millions of people are going to see what I post, so I need to be careful and kind of tread lightly,” he said. “With that being considered, a lot of the content that I create is, I guess, what people consider humorous.”

The bottom line for nurses on TikTok or any social media platform is that anyone with a nurse’s badge or uniform has a responsibility to post educational content that’s evidence based, according to Rattay.

“A lot of people show appreciation towards nurses,” he said. “I’ve had some people comment little things like, ‘Nurses are underappreciated. I love you guys so much. You guys got me through some very tough times.’ There are moments when I’m reading through comments where I’m like, dang, it’s a good day to be a nurse because you really sort of feel the love from the community.”

With 2.3 million followers, Sarfo, who goes by the handle @dr.kojosarfo is relatively famous on TikTok. He’s well established on other social media platforms, as well, such as Instagram, where he has more than 244,000 followers.

His aim is to educate people with positive content about nursing and becoming a NP.

Sarfo said he started to see other healthcare influencers on the app and saw how they were using different types of videos to “lighten the mood” but at the same time convey messages. “Once I started to realize that I just started telling my story,” he said. “But I try to make it contextual to that platform.”

Sarfo dances, jokes, and sends educational messages, such as how exercise helps prevent depression. It’s a win-win for viewers and Sarfo, who said viewing and posting are stress relievers.

“If I’m in the drive-thru at Chick-fil-A, I can whip out my phone and in 15 minutes I see 30 or 40 videos that make me laugh,” he said. “At the same time, it’s teaching me. What we do on a daily basis is serious work, and we have people’s lives in our hands. That’s kind of an overwhelming responsibility. I think it’s imperative to find an outlet to de-stress.”

Posting is a form of expression and a way to connect and communicate, but Sarfo said that comes with responsibility.

“It’s important to realize that if you have a professional degree, whether you’re an RN, BSN, nurse practitioner, MD, or PA, once you have those credentials and you create a profile, there’s a huge demographic of users who are under age 18,” he said. “They’ll take what you put out there to be the truth. While you can joke, you can’t make inaccurate statements or put out information that could potentially harm people.”

“I’m always dancing and having fun,” Sarfo continued. “But at the same time, if I’m deciding whether to post something that I think might be controversial and negatively impact just a small amount of people, I won’t post it. If one person takes it the wrong way and their health is compromised, it’s not worth any of the views that it got.”

There’s so much about nursing that people don’t know, including the many different specialties and levels of education in the profession, according to Sarfo.

“People don’t know how good a profession it is,” he said. “It’s changed my life — being able to start with an associate degree and get all the way to the DNP. People just don’t have a guide on how to go about their nursing education, so for me it’s putting a roadmap out there. I think that’s my biggest contribution.”

More nurses on TikTok who might appeal to you

Nurse In The Making Kristine

Kristine Tuttle, BSN, RN, who has over 550,000 followers on TikTok, created her own study guides for nursing students, including some free cheat sheets. She uses her TikTok page to share tips from the study guides, as well as to act out potentially awkward scenarios nursing students find themselves in — such as inserting a foley catheter for the first time. On her website, Tuttle said she was inspired by her own time in nursing school.

“These guides have helped me personally as well as 100,000+ others make nursing school just a little more manageable,” she said on the website.

“Hello, good people,” is how Nurse Stisha greets her 184,000 followers at the start of many of her videos. After which, the ER nurse offers tips and clears up misperceptions about certain conditions such as monkeypox. She also shares her ritual on how she prepares for a nightshift, flu facts and symptoms, and much more. And, of course, there’s the occasional dance video (don’t miss those).

Nurse Blake has over 812,000 on TikTok alone and has a huge presence on YouTube (185,000 subscribers) and Instagram (921,000 followers and counting), as well. Nurse Blake’s videos present humorous scenarios that other nurses can relate to about patient care, nursing scrubs fashion choices, or even saying no (loudly) to a “work wife” when he’s asked to work an extra shift.

Probably one of the best ways to find nurses on Tiktok is by word of mouth — colleagues sharing their favorite TikTokers with each other. But you can also search by hashtag on the site or app.

Here are a few to get you started: