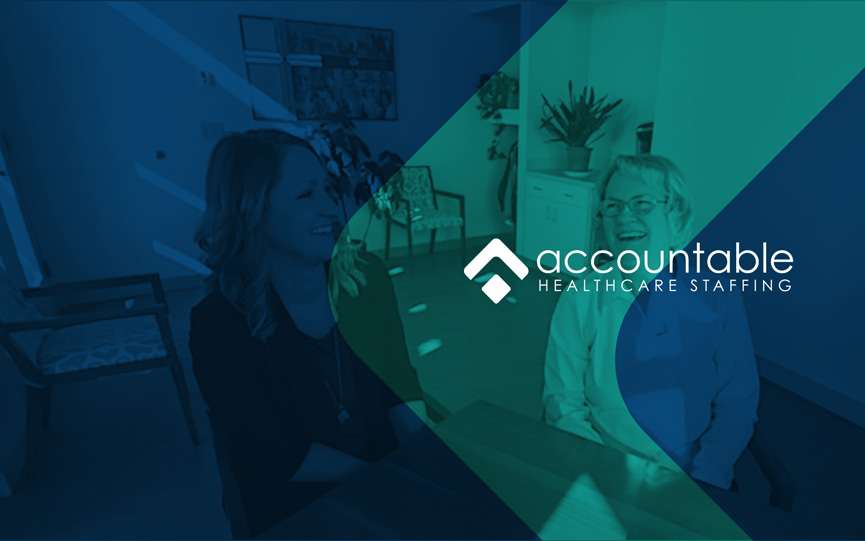 Whether it’s nature or nurture, nursing is often a calling that runs in families and creates a special, additional family bond between parents and their offspring.

When she was a child in Sioux Falls, North Dakota, the Good Samaritan Society – Luther Manor senior living center – where her mother worked as an RN – was like a second home to Rochelle Rindels, MSN, RN, QCP.

“I remember performing some Christmas programs and ballet recitals for the residents in the center,” says Rindels, now the Society’s vice president of nursing and clinical services.

Her mom, Nancy Van Dam, RN, spent nearly 40 years as a nurse at Luther Manor, and Rindels says “I grew up personally with Good Sam. We would eat lunch on the weekends that she worked. I volunteered in the center several times.”

Van Dam retired in 2017. If she would’ve waited a few years, her daughter would have been her boss.

“I think Good Sam is in good hands. I think she’s very innovative and wants to learn and really enjoys trying to get everybody up to the best standard of care,” Van Dam says.

“Fell in love” with nursing

Van Dam and Rindels both started out as certified nursing assistants.

“Fell in love with it. I would find myself listening to the nurses giving reports and thought, I could do that. It was so interesting. So, then I went to nurses training. In fact, I graduated from Sioux Valley Hospital School of Nursing,” Van Dam says.

A calling to work in long-term care brought her to the skilled nursing facility in 1978. She never left.

“I love the wisdom of the elderly. The chance that you get to make relationships that last,” Van Dam says about serving in a nursing home as opposed to working in a hospital.

Raised in a Christian home, she appreciates the faith-based mission of the Society.

“It’s not about profits and it’s not about names or fame or anything like that. It’s about caring for people and trying to do God’s will for them,” Van Dam says.

Getting to know residents and their families was her favorite part. Even when times were tough, Van Dam believed she was fulfilling a calling. One of her most vivid memories is caring for a resident who was nearing the end.

“We got her settled in bed and the other staff left. I just sat there with her and held her hand. I started singing ‘Jesus Loves Me’ to her. It always makes me tear up,” Van Dam says as she wipes her eyes. “She started singing with me and she was so short of breath. But that was something she remembered and it comforted her. She died later that day but I thought, I made a difference,” Van Dam says.

“Continuing this from one generation to the next”

Always proud of her mother’s efforts, Rindels didn’t know if nursing would be in her future.

“I think in high school, I don’t know that I thought much about being a nurse,” Rindels says.

Along with a passion for learning and science, her interest in the human body and how it works drew her closer to the profession. Being around the Society her whole life also helped inspire her to pursue a career in care.

“The meaning of family and the inclusion of family at the Society,” Rindels says played a big role in her career choice.

Seeing firsthand the impact a nurse can make, she went from a CNA to a licensed practical nurse at a long-term care location. Since then, she’s advanced through progressive nursing degrees.

“It’s almost like a legacy maybe, or tradition almost, that we’re continuing this from one generation to the next and able to build on very strong history and nursing practice that I was raised in,” Rindels says.

While she’s been at the Society for four years, Rindels has been a part of Sanford Health for 13. She thinks the integrated health system will provide many new opportunities in the future.

“We’ll be able to strengthen our nursing practice through new wound technology, the telehealth piece, being able to have a provider’s eyes on a resident immediately, especially in the rural setting that we’re in,” Rindels says.

Van Dam says connecting doctors with residents from the comfort of their own home was just starting when she retired.

“Saves a whole trip out. Your person isn’t feeling good. Why do you want to put them in something and travel them somewhere?” Van Dam says.

She adds another advantage will be seamless communication between long-term care nurses and the residents’ healthcare providers.

“You’re going to have the same people talking to each other at the same time. It will be a wonderful thing,” Van Dam says.

Rindels says advancements in virtual doctor visits, “will only strengthen our service and care in the future.”

“Build on that foundation”

As the Society approaches 100 years, technology and talented clinical care teams are enhancing the level of care that can be done right at the building.

Through the Great Plains Medicare Advantage plan, Rindels says some locations in the midwest are beginning to see nurse practitioners.

“We are adding in the mid-level nurse practitioners into the buildings five days a week or at least weekly. Visiting residents, providing care, giving that additional level of complexity and support to the nurses at the locations,” Rindels says.

Constantly learning and improving care for residents. Van Dam and now Rindels believe the Society’s past is rich and the future is bright.

Rindel’s personal goals are “to build on that foundation for the next 30 years.”