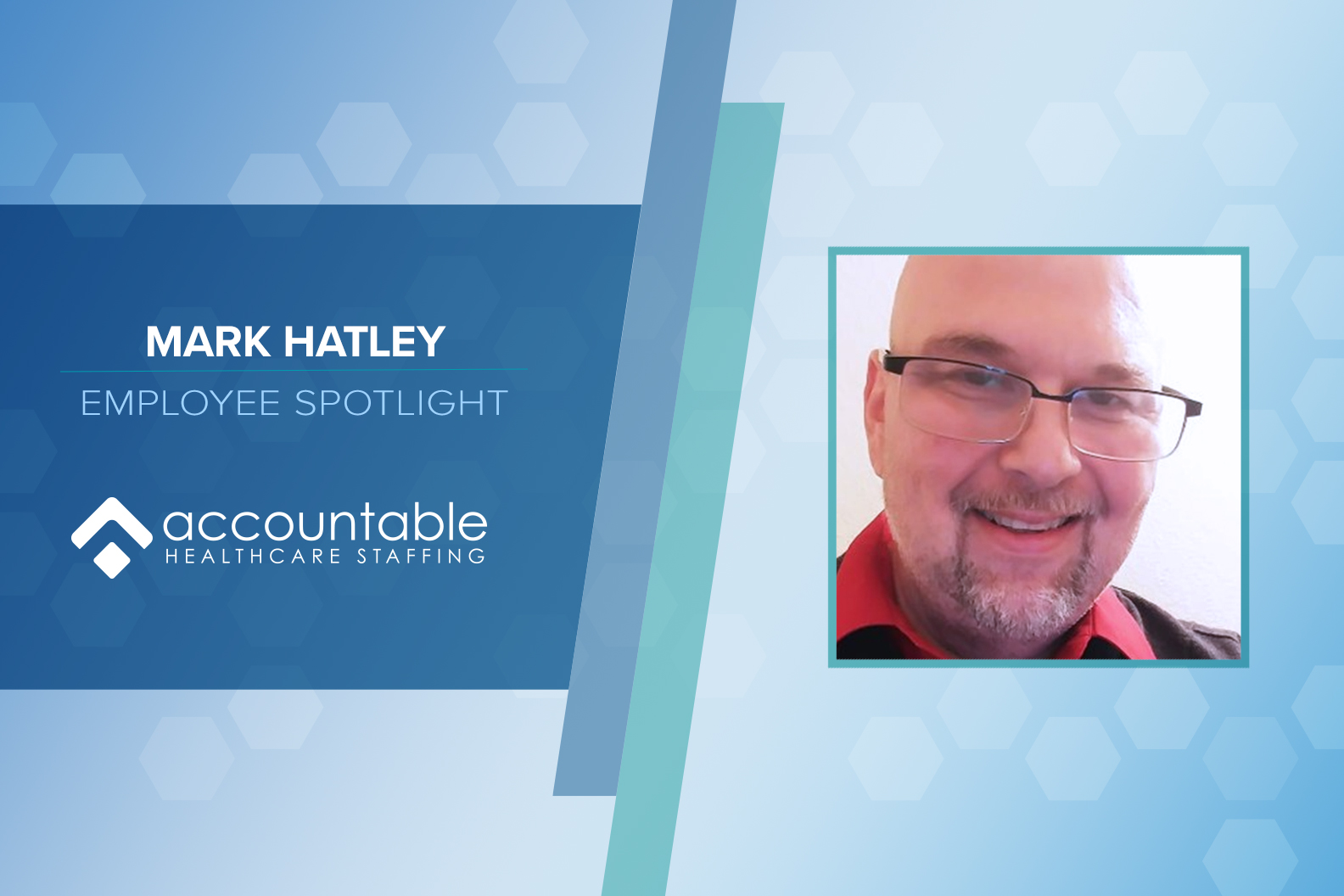 Mark had been working in the film/producing sector in his early work years, when he decided it was time for a career change. He accepted a temporary two-week position in medical staffing in 2007 at Intelistaf/MSN. At that time, he was waiting for another permanent job to start at a national brokerage firm. During those two weeks, he came to enjoy his medical staffing position along with his co-workers. He withdrew from his opportunity for the permanent position and took a chance on beginning his new career in medical staffing in Compliance with Intelistaf/MSN, which turned into 4 years. At that time, he received a promotion as Account Manager, followed by another promotion just 2 years later to Senior Account Manager. There he continued his employment with MSN throughout their buyout by Cross Country Staffing, where he remained for an additional 5 years, totaling 11 years. Mark is almost to his one-year anniversary with Accountable where he chose to accept a position as an Account Manager in August of 2019.

Travel had its best week ever, 2 weeks ago, since the creation of Accountable, an amazing number of locks and Mark accounted for over half of those locks on the Account/Business Development Side! Record-setting!

I have known Mark for over a decade he will stop what he is doing and help anyone in need! He is amazing team player that will help at anytime! Accountable is honored to have him on the team!