Hope against COVID-19: Drug cuts deaths by a third and other findings 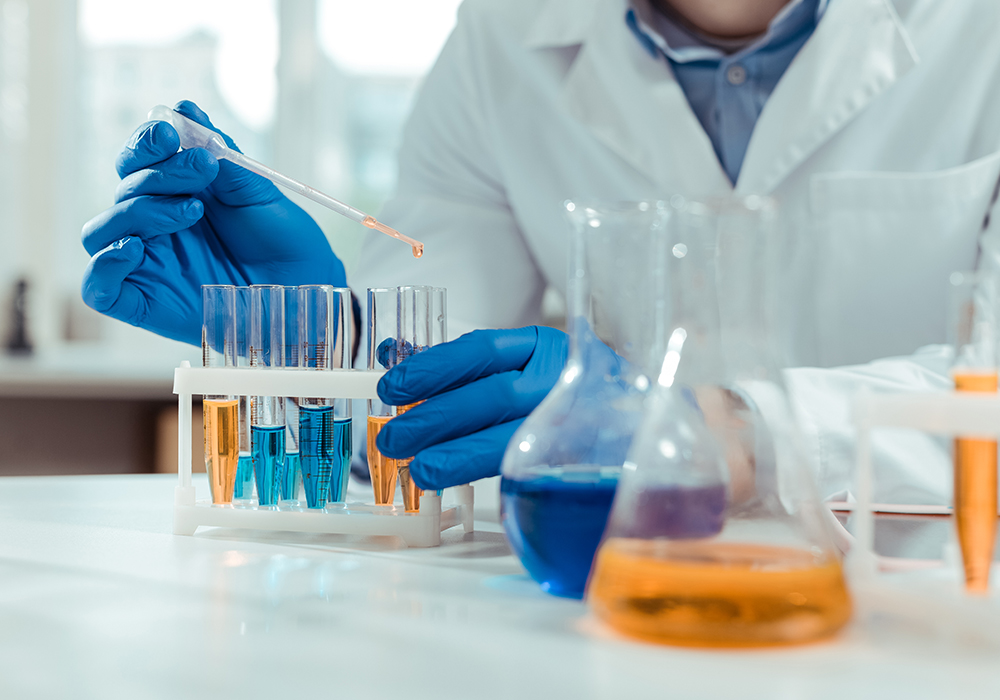 Given the current climate — primarily in the United States — of social unrest, injustice, and uncertainty, it may seem strange to read or even think about hopeful or positive things. But scientists are advancing in the fight against the new coronavirus, and this feature rounds up their progress.

Some have suggested that the U.S. is currently struggling with two pandemics at once. Although a simple vaccine cannot fix the racism pandemic, many scientists are actively working to tackle the ongoing COVID-19 crisis in their labs.

In this feature, we continue our series on hopeful scientific findings by rounding up the evidence available. Since we last wrote about scientific progress in the fight against COVID-19, many developments have taken place.

A mathematical model showed that the widespread use of face masks — even homemade ones — could slow the pandemic and prevent a second wave. Meanwhile, a new antibody testpromises more accuracy, and a study has shown that the lockdown measures that authorities put in place prevented an additional 500 million infections — a staggering number.

Importantly, an analysis of more than 15,000 new coronavirus genomes from 75 different countries revealed that SARS-CoV-2 mutations do not strengthen the virus but are either neutral or detrimental to it.

The most heartening findings, though, are probably in the realm of potential treatments. From a duo of antiviral drugs that inhibits the virus to a common steroid drug that slashed deaths in a clinical trial and a cancer drug that may prevent severe inflammation, we explore potential new therapies for COVID-19 below.

First, we begin with the surprising benefits that an antibiotic may offer in the treatment of COVID-19.

Azithromycin: Why an antibiotic holds promise in the antiviral fight

The ACTION trial is “a nationwide trial in the U.S. that is designed to evaluate the efficacy of a single dose of azithromycin compared to placebo for [the] prevention of hospitalization in COVID-19 patients” who have either no symptoms at all or mild-to-moderate ones.

In the interview, Dr. Oldenburg explains why she and her team chose azithromycin, an antibiotic, to treat an infection with SARS-CoV-2.

The researcher notes that the choice of an antibiotic to treat a viral infection may seem counterintuitive, as antibiotics do not treat viruses. However, azithromycin is special in that it affects the immune system.

“[O]ne of the interesting things about azithromycin is that it has really strong immunomodulatory effects, so it has these […] nondirect effects on the immune system. That means it’s an interesting candidate.”

Previous studies have shown the drug to be effective against SARS-CoV-2 when in combination with hydroxychloroquine. However, because the latter raised great concerns about safety, and the FDA have retracted their emergency use authorization for it, the scientists decided to investigate the antibiotic on its own.

Furthermore, due to its excellent safety profile and extremely wide use, Dr. Oldenburg explains, azithromycin was perfect for including in an outpatient trial. The interview contains details about how to enroll in the trial.

A team of researchers from the United Kingdom recently announced that the common steroid drug dexamethasone drastically reduced deaths in a clinical trial of people with severe COVID-19.

Scientists at the University of Oxford led the trial, called RECOVERY, which involved testing six potential treatments for COVID-19, dexamethasone being one of them. Doctors commonly use dexamethasone to treat inflammation, allergic reactions, and immune-mediated conditions.

In the trial, the researchers compared dexamethasone treatment with standard of care in a group of severely ill COVID-19 patients who required ventilators or supplemental oxygen to breathe.

The 28-day mortality rate was one-third lower in the dexamethasone group.

Furthermore, the overall mortality rate was 17% lower in the dexamethasone group than in the control group.

Commenting on the findings, Duncan Young, a professor of intensive care medicine at the University of Oxford, said:

“The results are very robust due to the large number of patients recruited to the trial. The drug prevented one death in eight in ventilated patients, and one death in 25 in patients on oxygen.”

“Although this appears [to be] a relatively modest effect on outcome, for ventilated patients, the NNT (number needed to treat) of eight is better than almost any other intervention studied in patients on ventilators for any disease.”

“This is a major breakthrough: Dexamethasone is the first and only drug that has made a significant difference to patient mortality for COVID-19. Potentially preventing one death in every eight ventilated patients would be remarkable. Finding effective treatments like this will transform the impact of the COVID-19 pandemic on lives and economies across the world.”

Drugs such as dexamethasone have an advantage over novel treatments in the fight against COVID-19 due to their proven safety record. After a clinical trial, they can be fast-tracked to reach the wider population.

So, other scientists have looked to similarly safe and already approved drugs for help in the fight against the virus.

After testing several antiviral drugs in a cell culture model, scientists in Norway and Estonia found that a combination of nelfinavir, an anti-HIV drug, and amodiaquine, an antimalarial drug, inhibited SARS-CoV-2 in the lab.

One of the drugs worked by shielding the healthy host cells, while the other targeted the virus itself. Scientists say that this combined strategy has worked well in the past against infections with other viruses.

Now, the scientists are looking to move to preclinical and clinical studies.

When convalescent plasma is most effective

The same team of Estonian- and Norwegian-based researchers set out to test the efficacy of convalescent blood plasma for treating COVID-19, after concerns emerged that the approach may not be as effective as the team initially believed.

The scientists found that the blood of patients who had recovered from COVID-19 more recently contained more antibodies. Therefore, their serum was better at neutralizing the virus than the serum that the researchers collected from people later after their recovery.

“This means if you collect blood from patients who have recovered from COVID-19 after 2 months from diagnosis of the disease and transfuse their plasma/serum to severely sick patients, it may not help,” says study co-author Svein Arne Nordbø, an associate professor in the Norwegian University of Science and Technology’s Department of Clinical and Molecular Medicine.

“The conclusion so far is that clinicians need to collect plasma for treatment purposes as soon as patients recover from COVID-19.”

In the meantime, another preliminary study has confirmed the safety of convalescent plasma, further adding to the evidence that the practice is indeed safe. The MNT article that covers the study also tackles some concerns about how to time the use of plasma as therapy.

Giving the therapy earlier in the illness would be safer and more effective for the patient, as after a certain point, their immune system is likely to go into inflammation overdrive, triggering a phenomenon known as a cytokine storm.

Concerns about the cytokine storm drove the efforts of another team of researchers, who used a cancer drug to quench inflammation in people severely ill with COVID-19.

During the cytokine storm, the hyperinflammation that causes damage to the lungs and other vital organs may result in death for these individuals.

Macrophages are a type of immune cell that plays a role in triggering the cytokine storm. More specifically, an enzyme called Bruton tyrosine kinase (BTK) initiates this phenomenon.

Scientists at the National Cancer Institute, U.S., turned to an already existing cancer drug that inhibits the activity of BTK in the hope that it will prevent the cytokine storm in COVID-19.

The drug is called acalabrutinib, and doctors currently use it to treat blood cancers. In the new study, the team administered acalabrutinib for 10–14 days to 19 people hospitalized with COVID-19. At the start of the study, 11 participants needed oxygen masks to breathe, and eight were on ventilators.

By the end of the 14 days, eight of the 11 patients who had been using oxygen masks no longer needed help breathing and were discharged from the hospital.

Of the eight patients on ventilators, four no longer needed them, and two were discharged from the hospital. The other two patients had died. Importantly, the drug showed no evidence of toxicity.

Can we destroy SARS-CoV-2 with UV light?

Research from 2016 showed that a type of UV light that has shorter wavelengths — called UVC light — can kill coronaviruses on surfaces.

In a new study appearing in the journal The Lancet Microbe, an international team of researchers introduced a new material that conducts electricity and is transparent to UV light. The material could serve to make portable devices that can kill SARS-CoV-2 on surfaces, thus disinfecting them, say the researchers.

The authors explain that they believe that manufacturers could incorporate UV LEDs made with their new material into lamps that are lighter, cheaper, and more efficient than the standard disinfecting lamps that are already available.