Hitting The Pandemic Wall: 8 Ways To Work Through The Fatigue 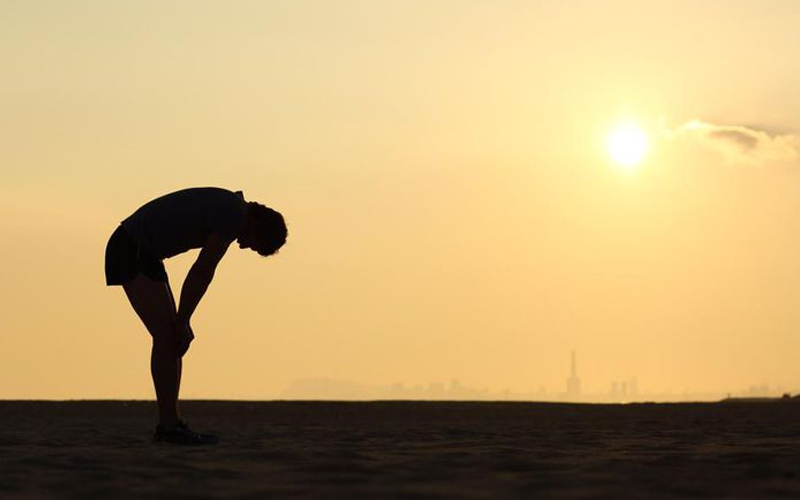 When I was in high school, I qualified for the State Track and Field championships. The event was held at a large university, and there were a lot of spectators in the stands. My event was the 440-yard dash. The key to winning this race is to stay relaxed while running the entire race. When I drew my lane, I ended up on the last outside lane. As the race started, I heard a lot of people cheering, which caused me to run very hard and tight at the beginning of the race. From my starting position, I was winning. Everything was going well until I rounded the first turn and found myself tied with several others. By the time I hit the second curve, I was spent and could not maintain my speed. I did not do well in the race, even though I had a great start.

Many marathon runners have experienced hitting the wall at about the 20-mile mark in the race which causes them to slow down or even walk. Recently, I was talking about this with a colleague. She ran the Boston marathon, hit the “wall,” and it hurt so bad that she started to walk and cry. A spectator yelled at her saying, “in Boston we don’t cry!” That made her so mad that she began running again and finished the race.

When I started this pandemic race, I had a lot of energy, a lot of people were cheering, and I was determined to do well in this race. Now, five months later, I am hitting the wall. When marathon runners hit the wall, the glycogen, or stored energy in their muscles, is depleted. For me, my stored enthusiasm and patience are a bit depleted. Having talked to many of my clients, I find a large number of people are feeling the same way.   about:blank

What does it take to get past the wall and continue the race? I believe it takes persistence and determination. At Zenger Folkman, I have collected data on over 100,000 leaders across the globe. We assessed each leader by gathering evaluations from their manager, peers, direct reports, and others. On average, 13 people completed assessments on each leader. Each leader was evaluated on 49 different behaviors. After analyzing the different behaviors, I identified the items that were strongly associated with persistence and determination.

–        Doing everything possible to achieve goals

–        Keeping others focused on the highest priorities about:blank

–        Following through on objectives

–        Focusing on a long-term view rather than immediate problems

–        Being counted on to keep promises and commitments

Using an index of the eight items, I identified the leaders who were rated in the top five percent on persistence and determination. I then compared those leaders to the remainder of the leaders. Looking at the items with the largest significant differences provided great insights on what leaders do that enables them to be more persistent and determined.

1.     High Standards. These leaders were never satisfied with mediocre or average performance. They consistently wanted to provide the best product or service possible. Adverse circumstances did not influence their need to deliver the best.

2.     Making the Organization’s Vision Personal. The organization’s vision, mission, and purpose became their mission and vision. They translated a broad strategy into personal goals and objectives. They owned the vision.

3.     Being Skilled at Inspiring and Motivating. While others seem to be pushing others hard, their preference was to pull, to inspire, and motivate. They would get very excited about accomplishing objectives, and their enthusiasm would spread to others. They were on a mission to accomplish something that was difficult and encouraged others to stretch.

4.     Communicating Powerfully. They realized that silence was depressing and discouraging. They continued to communicate even when it appeared there was nothing else that needed to be said. Instead, they sent messages of hope, of bright futures, and of little successes along the way.

5.     Becoming Champions of Change. They quickly realized that to succeed, change was essential, so they were the first to change. They became role models having the courage to try new approaches and do things differently.

7.     Having an External Focus. Rather than just focusing on their situation and their problems, they looked outside to understand the issues and concerns of others who were not part of their organization. They were constantly asking, “How can we help the families of our employees? What do our customers need?” They looked beyond their organization for best practices and new ideas.

8.     Holding Themselves Personally Accountable. The buck stopped with them. They were accountable. If mistakes were made, they took the blame, made a correction, and then moved on.

I believe this pandemic will end, not tomorrow or next month, but soon. We can all continue to do what we did in the last few months for a few more short months. We have all learned new skills and found unique ways to connect with others, and discovered new ways to do our jobs. Here is the best news about the pandemic. When I was young, and things got difficult at our home, and I started to complain my parents would say, “This is nothing compared to the great depression!” After the end of the pandemic, you will be able to say to your children, “This is nothing like the 2020 pandemic!”