Hey, Alexa, Can You Call my Nurse? Amazon to Install Echo Speakers in Hospitals 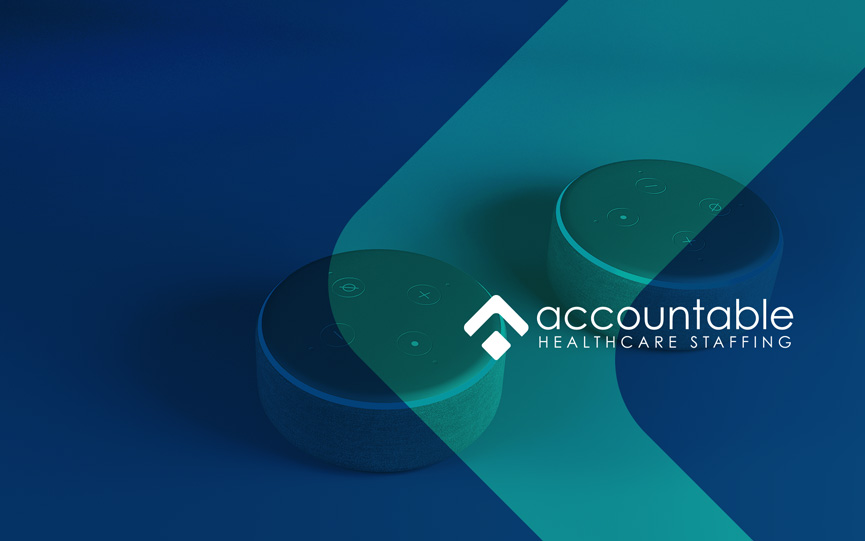 If you need more time to take care of your patients, you might get a helping hand from Alexa, Amazon’s virtual assistant. The company announced on Monday that it will be installing the Amazon Echo speaker in hospital rooms at some of the country’s biggest medical facilities, including Boston Children’s Hospital, Cedars-Sinai in California, BayCare in Florida, and Houston Methodist in Texas.

Representatives for Amazon say the device can help patients better communicate with providers, so nurses don’t have to go into their rooms as much.

The company says patients can use Alexa to wirelessly communicate with staff members, so the nurses can quickly check in with their patients or respond to their needs without having to go into their room unnecessarily.

“This enables hospitals to increase productivity, conserve medical supplies and protective equipment, such as masks, gloves, and gowns, and free up staff time to provide more personalized care,” Amazon said in a statement.

The hospitals in question will use the company’s Alexa Smart Properties system, which includes additional HIPAA-enabled features such as medication tracking. These devices will also make their way into nursing homes, including those run by Atria and Eskaton.

Experts say this is just the latest chapter in the company’s aggressive push into the healthcare industry. Amazon runs an online pharmacy business to deliver medication to patients. It also used its Alexa-enabled technology in various healthcare trials during the pandemic. It donated large quantities of tablets and Echo speakers to help providers communicate with their patients while they were at home.

However, doctors and providers had some notes for the company. An Amazon spokesperson said they got feedback that the devices weren’t meeting the needs of their patients.

“Using that feedback, we created a solution tailored specifically for hospitals and solution providers with features to address those needs – like adding Drop In functionality and the ability to enable and manage HIPAA skills on devices within the property,” the spokesperson said. The drop-in calling feature allows caregivers to remotely review patients.

Peachy Hain, executive director of medical and surgical services at Cedars-Sinai, called the technology a “game-changer” in an official press release.

“Regardless of age or tech savviness,” patients can use Alexa to “connect with their care team and stay entertained as soon as they settle in, while care providers can streamline tasks to make more time to care for those patients,” she said.

The jury is still out, but one case in particular has helped convince hospitals to invest in the latest technology.

In April 2020 just a few weeks into the pandemic, LouAnn Dagen, 66, was battling COVID-19 alone in her room at a nursing home.

Dagen was among 36 people who tested positive for the virus at Metron Nursing Home in Cedar Springs, Michigan. She ultimately died from the disease, but afterwards her sister Penny found dozens of recordings on her Amazon Echo speaker.

LouAnn asked the device for help over 40 times before she passed away.

“Alexa, help me,” LouAnn Dagen said to her device. “I am in pain. I have to find a way to relieve it.”

In one instance, she asked the device, “How do I get to the police?” In response, Alexa gave her directions to the nearest police station.

Penny later released the recordings to the public to show the gravity of the coronavirus.

LouAnn repeatedly asked for pain relief even though she was being administered pain medication by the facility. After four days of symptoms, her oxygen levels dropped. She received emergency surgery but died shortly after.

“The hospital called me right away and said that they put her on a respirator,” Penny told a local news station. “They asked me about giving her CPR if her heart stopped, and I said, ‘No, she didn’t want that.’ And then her heart stopped and that was it. A half-hour after they called.”

There’s no evidence to suggest that the device was broken at the time. A spokesperson for Amazon says that Alexa can’t call 9-1-1 by itself, however it can be set up to call friends and family in an emergency.

“We were saddened to hear about this news, and our hearts go out to the family,” the spokesperson said. “Today, customers can ask Alexa to call family or friends, or set up skills like Ask My Buddy, which lets you alert someone in your Personal Alert Network that you need them to check on you. We continue to build more features to help our customers.”

Amazon is ready to give these devices another try. In the press release, the company said that no personal information will be shared with Alexa to use the device, and voice recordings will not be saved.

Article by: Steven Briggs at scrubsmag.com