Florence Nightingale’s birthday: 10 facts about ‘The Lady of The Lamp’ 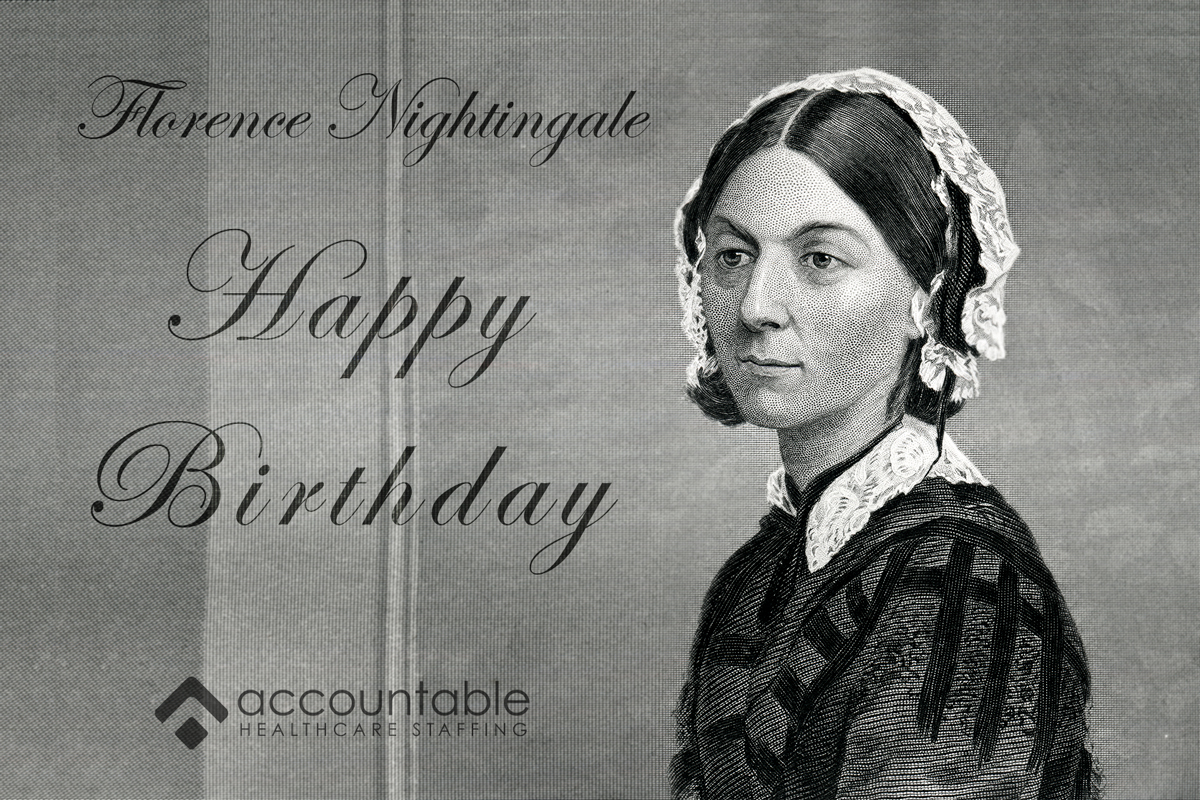 Accountable Healthcare Staffing has been celebrating Nurses Week in appreciation and gratitude for all of the compassionate, hard working and dedicated nurses. As this week comes to a close, let’s take a moment to think about the person known as the founder of modern nursing. Although she was born almost two centuries ago, the “founder” of nursing remains the face of nursing.

Florence Nightingale was born on May 12, 1820 into an upper-class rich British family at the Villa Colombia, in Florence, Italy. She was given the nickname ‘The Lady with the Lamp’. She got this name after her prominence rose while serving as a manager of nurses during the Crimean War where she with 38 others trained volunteer nurses and worked night and day to serve the wounded soldiers. Credited as the founder of modern nursing, she was also an English social reformer and statistician.

Nursing got a highly favorable value because of her. Nightingale’s birthday marks the celebration of International Nurses Day. She died on August 13, 1910 at the age of 90.

Trends Desk shares the top 10 facts about Florence Nightingale you may not have known about:

2. She laid a number of social reforms including improvement of healthcare for all sections of British society, advocating better hunger relief in India, helping to abolish prostitution laws and expanding the acceptable forms of female participation in the workforce.

3. Having no respect for upper-class British women, she said she would choose the freedom of the galleys if given a choice between being a woman or a galley slave. Generally, she used to spend her time with male intellectuals.

4. She rebelled against the expected role of women of her status to become a wife and mother and started reading about art and science of nursing, for which she faced opposition from her family.

5. Nightingale took the post of superintendent at the Institute for the Care of Sick Gentlewomen in Upper Harley Street, London on August 22, 1853. She held that position until October 1854.

6. She worked round the clock during the Crimean War. She implemented handwashing and several hygiene practices in the war hospital where she worked. The Nightingale Fund was established for the training of nurses in Crimea on November 29, 1855.

8. Queen Victoria awarded the Royal Red Cross to her in 1883. She became the first woman to be awarded the Order of Merit in 1907.

9. Nightingale suffered from depression in 1857 because of rucellosis and associated spondylitis, according to a biography.

10. According to some scholars, Nightingale stayed in a Church in England throughout her life. She contributed in founding the modern nursing profession. She valued compassion, commitment to patient care and thoughtful hospital administration.

Happy birthday, Florence Nightingale. You truly made a difference.