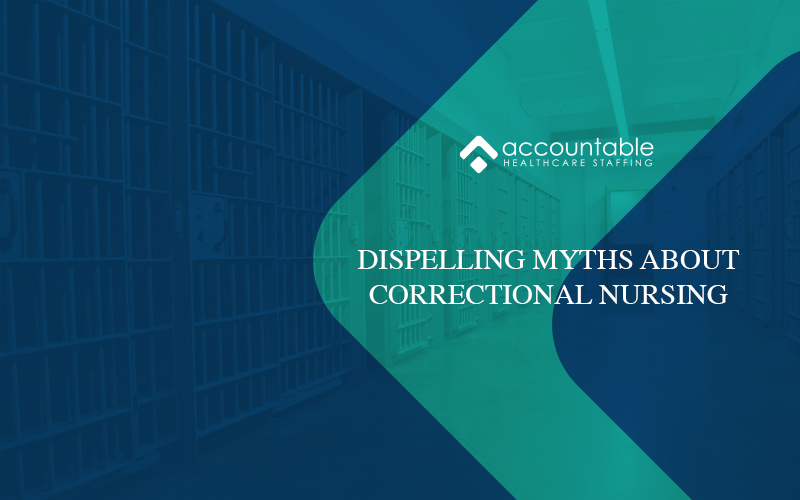 Working in a jail or prison is unsafe

Safety in corrections is probably the number one myth about our specialty. This stems from knowing that our patients can be violent or can have evil motives. Yet, many patients in traditional settings care for violent or evil patients but may be unaware of their status. In addition, safety and security is a primary goal of correctional settings so the visibility of officers and primacy of safety procedure is paramount.

It is unfortunate that working in a jail or prison has gotten such bad press. Our correctional officer colleagues are in the same situation. Yet, if anything, correctional nursing requires an expanded skill set to handle a wide variety of conditions within the security perimeter. Here is a list of top ten skills correctional nurses need that may be lacking in nurses coming from traditional settings.

One reason this myth persists is that the specialty is often invisible. Many nursing schools have no exposure to nursing in the criminal justice system and many nurses aren’t aware that there are thousands of peers working in jails and prisons. Yet, correctional nursing was acknowledged by the American Nurses Association as a specialty in 1985 and has a published Scope and Standards of Practice along with a nationally recognized certification program.

There is no difference between a jail and a prison

To the layperson, a jail and a prison are the same things and the terms are often used interchangeably. However, the environment and patient population can be quite different in a jail than in a prison. Jails are managed by city or county governments and detain those suspected of a crime or hold those with short sentences (usually less than 1-2 years). Prisons are managed by state and federal governments and hold only sentenced prisoners. Most jails have rapid population turnover and deal with more substance withdrawal and suicide potential. Prisons are more likely to be orderly with long-term health care treatment.