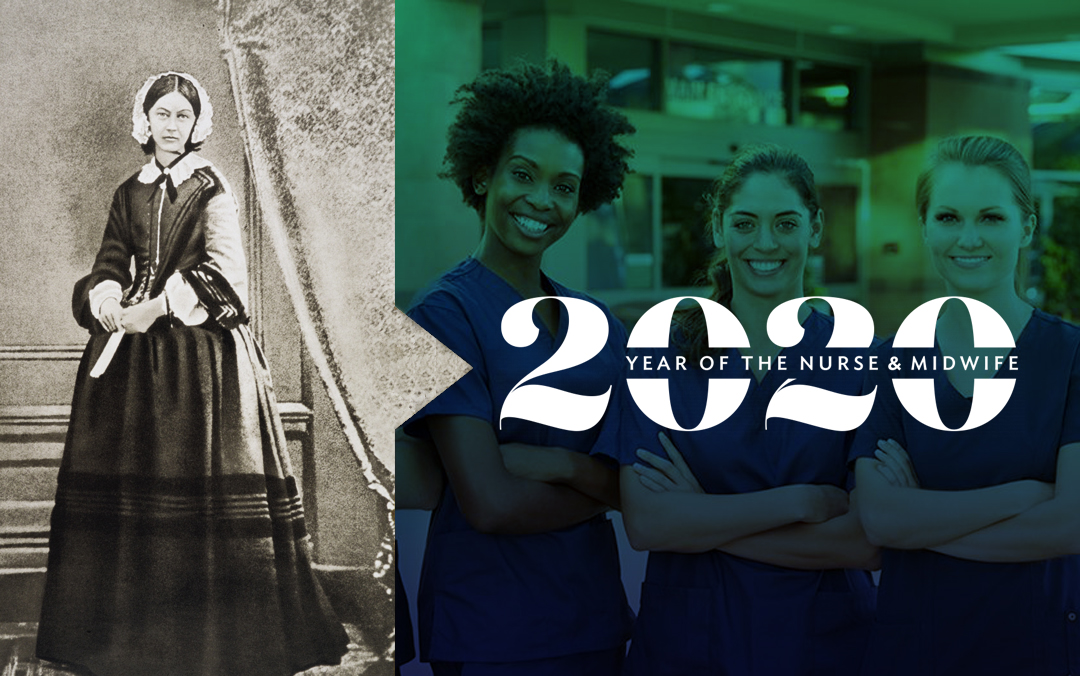 The Year of the Nurse and Midwife recognition has reached new levels of importance in recent months.

It’s ironic that the COVID-19 pandemic has been front and center on the worldwide stage for the first and second quarter of the World Health Organization’s year-long effort to create awareness about the important work of nurses and midwives.

The Year of the Nurse and the Midwife highlights the challenging conditions they face and advocates for more investment in global nursing and midwifery workforces.

The WHO’s 2020 designation is monumental for nursing, according to Pamela F. Cipriano, PhD, RN, NEA-BC, FAAN, first vice president of the International Council of Nurses and past president of the American Nurses Association.

“It’s really the first time that this has been done to give worldwide recognition to the role nurses and midwives play and really talk about why it’s important to raise their profile and invest in the nursing workforce,” said Cipriano, who also is Sadie Heath Cabaniss Professor and Dean at the University of Virginia School of Nursing in Charlottesville.

A global look at nursing

A fundamental part of naming 2020 as the Year of the Nurse and the Midwife was to launch the State of the World’s Nursing Report, which happened in April. This is the first global look at the status of the nursing workforce, according to Cipriano.

The State of the World’s Nursing Report’s main objective is to support policy dialogue necessary for advocating on behalf of greater national and regional investment in the nursing workforce, said Silvia Helena De Bortoli Cassiani, PhD, RN, MSc, Pan American Health Organization and WHO regional adviser for nursing in the Region of the Americas.

Cassiani said the report includes a detailed analysis of regional and global data and policies and recommendations for strengthening nursing to achieve universal access to health and universal health coverage along with the sustainable development goals.

“The policy dialogue … will be the main outcome of this year and years to come,” Cassiani said. “In the Americas, the Pan American Health Organization is planning to highlight the main results of the report and divulgate tools, materials and to cooperate with the national government chief nursing officers to conduct the policy dialogue around investments in nursing.”

Having the data and a plan is important for global healthcare and to achieve WHO’s goal of universal health coverage by 2030.

Universal health coverage does not mean what U.S. nurses might think, based on the American system of care, according to Cipriano. “It has nothing to do with insurance,” she said.

Universal health coverage refers to a model of care in which people can access healthcare services for every aspect of health, including:

“It means having access to healthcare in the settings where they live, across the lifespan,” Cipriano said. “One of the projections that has been made is that in order for the World Health Organization to realize its goal of having universal health [coverage] 9 million more nurses would be needed by the year 2030.”

In fact, nurses and midwives make up about half of the global shortfall of a total 18 million health providers needed to achieve the goal, according to WHO.

“So, we really need to open the eyes of the world to the critical role that nurses play and can play and, particularly, how important it is to have a well-educated workforce that can do more and be more involved in looking at the creation of health,” said Cipriano. “That includes looking at prevention, looking at community-level education, and looking at supporting the United Nations’ sustainable development goals.”

Setting a path for the future

The United Nations recommends 17 sustainable development goals as a blueprint for achieving a better and more sustainable future for all.

While goal No. 3 is “good health and well being,” nurses would also play important roles in achieving other sustainable development goals, including “zero hunger,” “clean water and sanitation,” and others.

“We know if many of those things are not in place, they can degrade health,” Cipriano said.

In many parts of the world, nurses and midwives are critical for helping people and communities address environmental issues, the need for sustainable food sources and educating people about the need for immunizations.

In the U.S. and some developed countries, nurses play key roles in educating communities, families and individuals about preventive care, how to achieve wellness and overcome or manage illness.

Year of the Nurse and Midwife creates awareness

The challenges nurses face vary from place to place, but one challenge nurses share no matter where they live is that they are undervalued, according to Cipriano.

“In the United States, they’re dealing with refugee issues, where access to care is really compromised,” Cipriano said. “So part of this is the recognition that nurses are often large in number but not visible to the general public in terms of all the ways that they contribute to making sure people are healthy, managing chronic conditions and trying to prevent some of the illnesses that people have through various interventions and education to patients.”

While part of the campaign is to create awareness, the other part is to take action. The WHO is engaging with leaders in health, employment, labor and finance to find solutions to challenges and encourage investment in nurses and midwives in their countries, according to Campbell.

How you can promote nursing

With several months to go in the Year of the Nurse and the Midwife 2020 campaign, there are several things individual nurses and midwives can do to increase awareness about the profession’s value, according to Cipriano.

“Nurses need to tell their stories,” she said. “They do amazing things every day in the community, in schools and hospitals, clinics, in less traditional settings like insurance companies or technology companies, and in the legal field. This is the time to make sure the public knows all the roles nurses play and how nurses contribute to the health and welfare of their communities,” she said.

Nurses and midwives should consider:

If they don’t talk about themselves, they can share others’ stories about nursing’s impact or things many don’t realize about nursing, including its rich history.

The beginning of history

This year marks the 200th birthday of Florence Nightingale, an amazing healthcare leader who was far ahead of her time in the way she educated people about the importance of fresh air and sunshine for health, hand-washing and more.

Nightingale was not only a nurse, but also a statistician and social reformer. She sought to formalize nursing education and established the first scientific-based nursing school in London.

Many, including healthcare providers, think of Nightingale as the mother of nursing, the hand-holding compassionate wonderful person who went to the battlefield with the lantern and looked in on soldiers, according to Cipriano.

“Well, that was the tip of the iceberg in terms of what she did,” Cipriano said.

The International Council of Nurses has collected examples of ingenious nurses around the world as part of its media kit for International Nurses Day, which is May 12, 2020, Cipriano said.

“This really is the time to recognize how important nurses are,” Cipriano said. “There’s nothing wrong with that.”