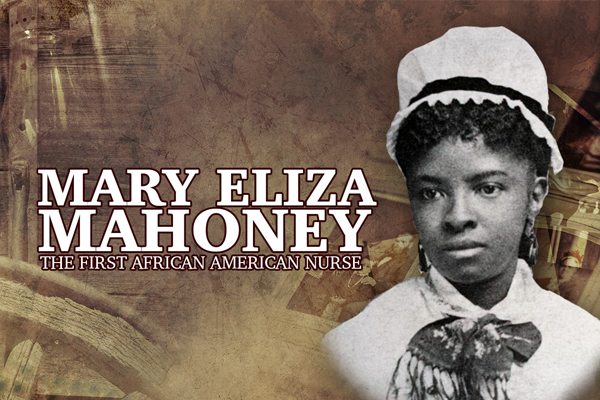 The United States has recognized the importance of Black History as a country for nearly 100 years. February is also known as African American History Month, and many institutions such as the National Park Service and The Smithsonian Institution join in paying tribute to the struggle for generations of African Americans to achieve full citizenship as well as common societal American opportunities.

The profession of nursing shares a long and prestigious history of African-American nurses who dared to break through cultural norms to offer care to their communities. Black nurses such as Harriet Tubman, Mary Eliza Mahoney and Lillian Holland Harvey did not let the sentiments of their time prevent them from improving not only the lives of those around them, but the profession of nursing as a whole.

Harriet Tubman (1820-1913), the American Abolitionist, is famously known from her work helping slaves travel the Underground Railroad to seek freedom. As a Civil War nurse, Ms. Tubman was essential to the troops who were infected with dysentery and smallpox, using natural and herbal remedies for treatment and healing. She was also essential to the Union military commanders as a spy with her knowledge of the surrounding areas and her ability to blend into Confederate-controlled areas. After the war, Harriet Tubman continued her nursing work and started a home for the elderly. She was eventually awarded a military pension for her service during the Civil War and was buried with military honors upon her death.

Mary Eliza Mahoney (1845-1926) is noted for becoming the first licensed African American nurse. In 1878, at 33 years of age and 10 years after beginning her employment with The New England Hospital for Women and Children, Mary Eliza was admitted to one of the first integrated nursing schools in the United States. Out of 42 students that entered the program, Mary Eliza was one of 4 who completed the year-long intensive program, and the only African American. Ms. Mahoney spent many years as a private nurse, where she continued to advocate for the profession of nursing and integration of black nurses to the institutions. She joined the Nurses Associated Alumnae of the United States and Canada, which later would become the American Nurses Association (ANA), but found the institution to be uninviting toward the black nurses. In 1908, Mary Eliza co-founded the National Association of Colored Graduate Nurses (NACGN) and was a lifetime member. Prior to her death, Mary Eliza championed women’s rights and was among the first women to register to vote in Boston in 1920. To this day, the ANA (who incorporated the NACGN in 1949) honor the Mary Mahoney award to those nurses who exemplify integration in their field.

Lillian Holland Harvey (1912-1994) received her diploma in nursing in 1939, her first stop in a long journey of education. Her bachelor’s degree in 1944 led to a master’s in 1948 and eventually her doctorate from Columbia University in 1966. Dr. Harvey’s intensity toward education and learning landed her first the director of nurse training at the Tuskegee School for Nurses, a historically black nursing school that offered only 3-year degree programs. Once she became Dean, Dr. Harvey initiated the process to turn the diploma-program school into a full baccalaureate nursing program – becoming the first in the state of Alabama. During WWII, she used her position as Dean to create training programs and opportunities for black nurses to join the Army Nurse Corps. Dr. Harvey served as the Dean of Nursing at Tuskegee Institute for 25 years until her retirement in 1973. During her reign, she strove to improve integration on many levels in the state of Alabama, including attending the Alabama Nurse’s Association where she was required to sit in a separate section. A recipient of the Mary Mahoney Award from the ANA, Dr. Harvey also has an award in her name by the Alabama Nurse’s Association, among many of her legacy achievements.

Throughout American history, African American nurses have shown grit, integrity and perseverance to earn the same qualifications and positions as their non-black colleagues. Institutions such as the National Black Nurses Association (NBNA) strive to “improve the health of African Americans through the provisions of culturally competent health care services in community-based health programs.” Resources such as the Journal of the NBNA detail how African American healthcare issues are studied, discussed and published.

While there are still many lengths to go to improve underlying prejudices and micro-aggressions faced today by black nurses in the U.S., the fortitude and grit proven by so many incredible African-American nurses in the past is more than a glimmer of what is to come. The profession of nursing is stronger, wiser, and more powerful because of our black heritage.

The history of these brave individuals paved the way to modern day nurses. Accountable is proud to honor you!