6 Ways Being a Nurse Makes You a Better Parent 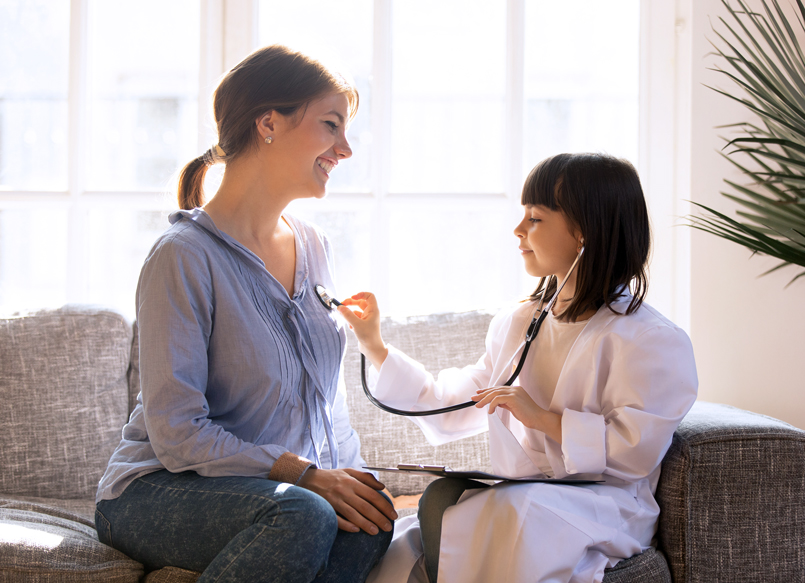 There may not be a nurse alive who hasn’t felt like a not-so-great parent on a day that stretched to 14 hours or included a missed school play or birthday party. To that we can only say, “Ease up, Mom and Dad!” While nursing can place harsh schedule restraints on you and your family, it’s also a profession that tends to draw out and enhance your parenting skills.

Ameritech College of Healthcare sums it up wonderfully on its blog. “We really believe a nursing career can make you a better person. Most nurses will tell you that nursing school and every nursing job trained them to listen, to be empathetic and to develop their caregiving instincts. These are all wonderful traits for anyone, but especially for parents.”

Even if you don’t realize it at the time, being a nurse can make a big positive difference in your parenting experience and the lives of your children. Naturally, nurses don’t all transfer the same skills and lessons learned in nursing to the parenting arena.

Rose Kennedy, writer for the Atlanta Journal Constitution, shares examples from nurses and some institutions that know and love them. Each one demonstrates beyond a doubt that being a nurse makes you a better parent:

Nurses know how to talk to people, even their own kids.

When Rasmussen College analyzed 1.8 million RN jobs to identify skills required in nursing, it identified communication as a top skill in demand. And this skill can be formed as a parent and brought to the job, or vice versa. “Communication is more than just talking, it’s also listening and recognizing non-verbal cues,” RC noted. “You do all of these things daily.”

You know how to simplify life (because you have to).

Here’s one positive you might not even realize you’ve absorbed due to choosing nursing: the ability to simplify your life. When you’re a nurse, it’s essential to prioritize. “You may find yourself unable to drive or arrange carpools for every activity your kids — or you — want to do,” Ameritech noted. While all that overbooked running around is difficult for anyone, for a nurse it can become impossible. And that’s a good thing!

When the job dictates that you can’t have too many activities in your kids’ lives, they benefit from the reduced stress, according to experts like the nonprofit KidsHealth. In addition, the necessity of simplifying meal plans, housework and too much clutter at the house can offer kids a beneficial structure. Weird to think about, but if you were an accountant or florist or assembly line worker, your kids might have way too much stress.

Your computer skills are on point.

Don’t believe every anecdote you hear about moms who send random (and hilarious) texts to their teens because they just can’t master modern technology. Most of them probably weren’t nurses! In the nursing profession, computer skills almost always come with the territory. “Nurses record a lot of information every day,” Rasmussen College said. “Patient medical records, vital signs and monitoring reports, symptoms, side effects to medicine. The list is long, and the days of jotting that sensitive and high-priority information into a spiral notebook are long gone. “As a parent, it’s easy to translate those skills to everything from homework help to placing parental controls on home computers or video games. And let’s not forget Pinterest! Many a nurse ups her family meal planning game via pinning, and both kids and parents are the beneficiary of that pass-along computer skill.

The joy of seeing life come into the world and the struggles that sometimes accompany patients trying to have children has helped Anna Cherry, a certified nurse midwife at Atlanta’s Emory School of Medicine, form a value she passes on to her son. “There’s so much hate, so many people being perpetually hateful, so I’ve learned it’s really important that we as parents are teaching our kids kindness,” she said.

Gratitude from work seeps into your home life.

A single mom pediatric nurse in the Bronx, Stephanie Frazier worked as a paramedic before becoming a nurse. From having a mostly “save and drop off” relationship with patients, Frazier began working with distressed children, from shaken babies to those fresh from a catastrophic accident. She told Nurse.org this taught her to be a better parent, the kind who doesn’t take good fortune lightly. “”Everybody takes things for granted when they don’t have sick children,” she said. “There are so many illnesses and so many types of disease and cancers. Most people don’t see this. But I do every day. And it makes me grateful to realize that no matter what is going on in my life and the struggles I go through, it’s not that bad. It could be worse.”

The kids learn to hang tough by example.

A former foster kid, Sharese Windley of Fayetteville, Georgia got fascinated with medicine because her foster mom had a chronic condition. It took Windley 20 years of off-and-on schooling, health difficulties and sometimes full-time parenting before she earned her Bachelor’s of Science in Nursing in 2018 and began a residency at Emory University Midtown Hospital. With most of her career still in front of her, Windley felt like her journey to graduation had already made her a better parent to school-age children. “It is showing them that nothing has to stop you from what you want to achieve,” she told AJC. “You can have the bleakest outlook and still make it though.”