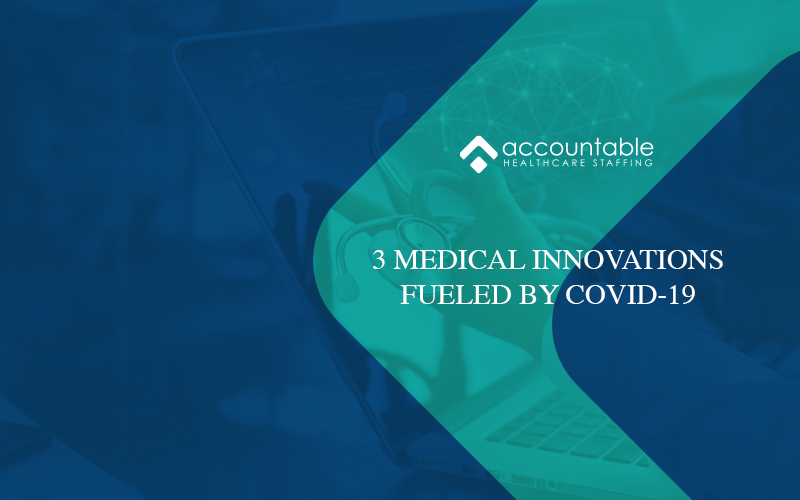 A number of technologies and tools got a chance to prove themselves for the first time in the context of COVID-19. Three researchers working in gene-based vaccines, wearable diagnostics and drug discovery explain how their work rose to the challenge of the pandemic, and their hopes that each technology is now poised to continue making big changes in medicine.

Thirty years ago, researchers for the first time injected mice with genes from a foreign pathogen to produce an immune response. Like many new discoveries, these first gene-based vaccines had their ups and downs. Early mRNA vaccines were hard to store and didn’t produce the right type of immunity. DNA vaccines were more stable but weren’t efficient at getting into the cell’s nucleus, so they failed to produce sufficient immunity.

Researchers slowly overcame the problems of stability, getting the genetic instructions where they needed to be and making them induce more effective immune responses. By 2019, academic labs and biotechnology companies all over the world had dozens of promising mRNA and DNA vaccines for infectious diseases, as well as for cancer in development or in phase 1 and phase 2 human clinical trials.

When COVID-19 struck, mRNA vaccines in particular were ready to be put to a real-world test. The 94% efficacy of the mRNA vaccines surpassed health officials’ highest expectations.

DNA and mRNA vaccines offer huge advantages over traditional types of vaccines, since they use only genetic code from a pathogen – rather than the entire virus or bacteria. Traditional vaccines take months, if not years, to develop. In contrast, once scientists get the genetic sequence of a new pathogen, they can design a DNA or mRNA vaccine in days, identify a lead candidate for clinical trials within weeks and have millions of doses manufactured within months. This is basically what happened with the coronavirus.

Gene-based vaccines also produce precise and effective immune responses. They stimulate not only antibodies that block an infection, but also a strong T cell response that can clear an infection if one occurs. This makes these vaccines better able to respond to mutations, and it also means they could be capable of eliminating chronic infections or cancerous cells.

The hopes that gene-based vaccines could one day provide a vaccine for malaria or HIV, cure cancer, replace less effective traditional vaccines or be ready to stop the next pandemic before it gets started are no longer far-fetched. Indeed, many DNA and mRNA vaccines against a wide range of infectious diseases, for treatment of chronic infections and for cancer are already in advanced stages and clinical trials. As someone who has been working on these vaccines for decades, I believe their proven effectiveness against COVID-19 will usher in a new era of vaccinology with genetic vaccines at the forefront.

During the pandemic, researchers have taken full advantage of the proliferation of smartwatches, smart rings and other wearable health and wellness technology. These devices can measure a person’s temperature, heart rate, level of activity and other biometrics. With this information, researchers have been able to track and detect COVID-19 infections even before people notice they have any symptoms.

As wearable usage and adoption grew in recent years, researchers began studying the ability of these devices to monitor disease. However, although real-time data collection was possible, previous work had focused primarily on chronic diseases.

But the pandemic both served as a lens to focus many researchers in the field of health wearables and offered them an unprecedented opportunity to study real-time infectious disease detection. The number of people potentially affected by a single disease – COVID-19 – at one time gave researchers a large population to draw from and to test hypotheses on. Combined with the fact that more people than ever are using wearables with health monitoring functions and that these devices collect lots of useful data, researchers were able to try to diagnose a disease solely using data from wearables – an experiment they could only dream of before.

Wearables can detect symptoms of COVID-19 or other illnesses before symptoms are noticeable. While they have proved to be capable of detecting sickness early, the symptoms wearables detect are not unique to COVID-19. These symptoms can be predictive of a number of potential illnesses or other health changes, and it is much harder to say what illness a person has versus simply saying they are sick with something.

Moving into the post-pandemic world, it’s likely that more people will incorporate wearables into their lives and that the devices will only improve. I expect the knowledge researchers have gained during the pandemic on how to use wearables to monitor health will form a starting point for how to handle future outbreaks – not just of viral pandemics, but potentially of other events such as food poisoning outbreaks and seasonal flu episodes. But since wearable tech is concentrated within pockets of affluent and younger populations, the research community and society as a whole must simultaneously address the disparities that exist.

A new way to discover drugs

Proteins are the molecular machines that make your cells function. When proteins malfunction or are hijacked by a pathogen, you often get disease. Most drugs work by disrupting the action of one or several of these malfunctioning or hijacked proteins. So a logical way to look for new drugs to treat a specific disease is to study individual genes and proteins that are directly affected by that disease. For example, researchers know that the BRCA gene – a gene that protects your DNA from being damaged – is closely related to the development of breast and ovarian cancer. So a lot of work has focused on finding drugs that affect the function of the BRCA protein.

However, single proteins working in isolation are usually not solely responsible for disease. Genes and the proteins they encode are part of complicated networks – the BRCA protein interacts with tens to hundreds of other proteins that help it perform its cellular functions. My colleagues and I are part of a small but growing field of researchers who study these connections and interactions among proteins – what we call protein networks.

For a few years now, my colleagues and I have been exploring the potential of these networks to find more ways drugs could ameliorate disease. When the coronavirus pandemic hit, we knew we had to try this approach and see if it could be used to rapidly find a treatment for this emerging threat. We immediately started mapping the extensive network of human proteins that SARS-CoV-2 hijacks so it can replicate.

Once we built this map, we pinpointed human proteins in the network that drugs could easily target. We found 69 compoundsthat influence the proteins in the coronavirus network. 29 of them are already FDA-approved treatments for other illnesses. On Jan. 25 we published a paper showing that one of the drugs, Aplidin (Plitidepsin), currently being used to treat cancer, is 27.5 times more potent than remdesivir in treating COVID-19, including one of the new variants The drug has been approved for phase 3 clinical trials in 12 countries as a treatment for the new coronavirus.

But this idea of mapping the protein interactions of diseases to look for novel drug targets doesn’t apply just to the coronavirus. We have now used this approach on other pathogens as well as other diseases including cancer, neurodegenerative and psychiatric disorders.

These maps are allowing us to connect the dots among many seemingly disparate aspects of single diseases and discover new ways drugs could treat them. We hope this approach will allow us and researchers in other areas of medicine to discover new therapeutic strategies and also see whether any old drugs might be repurposed to treat other conditions.