15 Things Nurses Know That Others Don’t 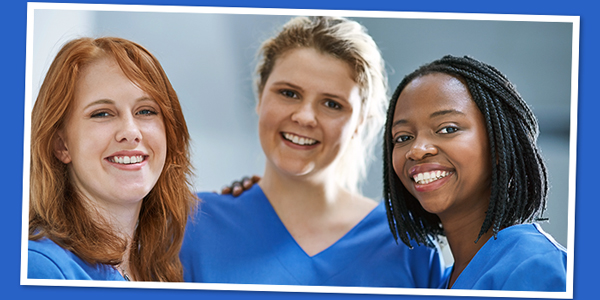 From the best ways to remove a stain to how to cope in high-stress situations, nurses have a lot to share.

Being a nurse is an incredibly challenging yet rewarding career, nurses say. Every day is different, and each new shift offers plenty of learning opportunities. Lyndsey Reid from Business Insider asked nurses to share the best things they’ve learned in their line of duty that others probably don’t know.

Successful nurses are unflappable, unstoppable, and incredibly hardworking. From delivering a baby to saving a patient‘s life, they’ve seen it all.

They’re often the unsung heroes of hospitals and doctor’s offices everywhere, providing comfort and care to those who need it most.

And with such incredible professional experiences behind them, you can bet nurses know a thing of two that us mere mortals don’t.

Business Insider spoke to three nurses and scoured Quora and nursing blogs to discover the most useful lessons nurses have learned on the job.

‘Uh’ is a dead giveaway for when patients are lying

“The most common tell for a lie is a hesitation followed by ‘Uh.'” Quora user Tasha Cooper Poslaniec wrote.

“I know a lot of nurses who use Vicks Vapor Rub to line the inside of their mask to stop smells. You can also use it to massage onto sore legs and feet after a long shift.” Amy, a nurse with six years’ experience, told Business Insider

“It’s well known that if you do a night shift on a full moon you’re in for a crazy 12 hours. I don’t know what it is about the moon that makes patients go nuts. I’ve had patients trying to send SOS messages in Morse code by flicking the lights on and off.”  Danielle, a nurse with five years’ experience, told Business Insider

You can make an ice pack out of just about anything

“You can make a damn good ice pack from cutting open a diaper, filling it with ice, then rolling it closed and sealing it with the tape side.”  Quora user Tasha Cooper Poslaniec wrote

There’s no harm in a little fake confidence

“I’m an expert at looking like I know what I’m doing even if I don’t. When a patient asks if you’ve done a procedure before, we say ‘yes.’ It gives patients much more confidence.” — Nikki, a nurse with 36 years’ experience, told Business Insider

A sense of humor goes a long way in stressful situations

“Nurses are known for making inappropriate jokes. We deal with life and death every single day. We see some of the darkest sides of humanity. If we didn’t have a sense of humor about it, we wouldn’t be able to do it. I’m sorry if you hear my inappropriate jokes. I promise I don’t mean to offend you, I’m only trying to find a bright spot in my day.” Quora user Beth Witson wrote

Mondays really are the worst

“The start of the week in the ER is always busy. People don’t want to come in over the weekend, so they’ll live with their symptoms for a few days before coming in on Monday.”  Amy, a nurse with six years’ experience, told Business Insider

Peppermint oil is a great deodorizer

“You can minimize or disguise unpleasant odors by soaking cotton balls in peppermint oil and placing them in strategic places around the room.” Quora user Diana Arneson wrote

Someone has most likely died in the bed you’re lying in.

“Depending on the unit, someone has almost certainly died in the room you’re in. Multiple people, actually. Sometimes it was just an hour or so before you were put in it.” Quora user Ren Fín wrote

“When I signed up to be a nurse, I knew it came with long hours standing and many miles on my feet. Even so, I didn’t anticipate all the pain and soreness associated with that. It wasn’t until a couple of years into my nursing career that I realized something was lacking in my nursing gear: compression socks. They reduce soreness, reduce swelling and reduce spider and varicose veins” Nurse and blogger Brittney Wilson wrote

Be wary of people offering you gifts on the ward

“Do not accept or consume anything of a brown tone in a hospital. If there’s one thing I’ve learned while working as a nurse, it is to always be wary of any gift a patient might offer you. I was working on a dementia ward once when a patient began rolling poop into little Whoppers-sized balls and offering them to hospital staff. I am proud to say I did not fall for her generosity.” Danielle, a nurse with five years’ experience, told Business Insider

Peroxide is a brilliant stain remover

Everyone looks the same under their clothes

You can make a bed out of just about anything

“Most nurses are pretty skilled at creating makeshift beds out of just about anything. I’ve slept in a store cupboard on a thick layer of incontinence pads before.” Danielle, a nurse with five years’ experience, told Business Insider

Hospitals are not as exciting as they look on TV

“Nurses live for a code! The entire hospital is mostly the most boring place on the planet with paperwork until a new baby is born or someone is near death. If you ever see doctors and nurses running, they are excited to see what kind of life-saving they might get to do today.” Quora user Christy wrote